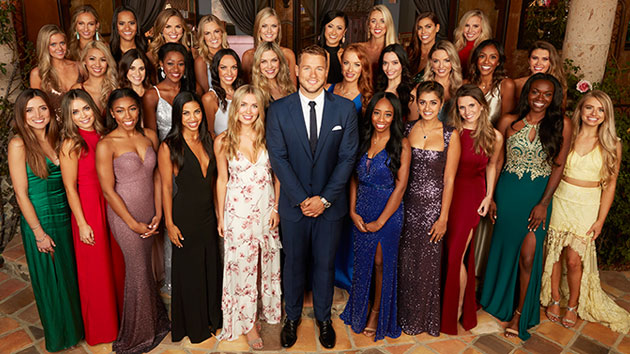 ABC/Craig Sjodin(NEW YORK) — Monday’s episode of The Bachelor featured an unexpected departure and a tense battle between two of the women, leading one of them to accuse the other of being a bully. More on that later.

The episode began withColton Underwood continuing his search for a bride in Khao Lak, Thailand, and a one-on-one date with “never been kissed” California native Heather. The date consisted of a scenic boat ride to Ko Panyi, a floating city built on stilts. Over dinner, Heather opened up about a failed relationship with a guy who all the qualities she thought she was looking for in a man, but ultimately felt there was no chemistry between them. She assured Colton that despite waiting this long for her first kiss, she was looking for “some magical moment” and the kiss didn’t necessarily have to come from her husband. Colton offered her the date rose, followed by the 23-year-old’s long-awaited first kiss.

Meanwhile, Colton got an unexpected visit from Elyse, who told him that she couldn’t accept a potential proposal from him after several months of sharing him with a dozen other women. In a dramatic turn of events, she decided to bow out of the competition.

Elsewhere, Demi, Caelynn, Hannah B., Sydney, Tayshia, Kirpa, Onyeka, Nicole and Hannah G. accompanied Colton on a hike through the jungles of Thailand, where survival expert “Jungle Joe” offered a snake- and bug-filled lesson on surviving in the jungle. The women were split up into three teams and challenged to go out into the jungle by themselves and come back with food and water. Team number one — consisting of Kirpa, Caelynn, Tayshia and Onyeka — were the winners, while Demi, Hannah B. and Hannah G decided to play by their own rules, returning with “burgers and booze.”

The drama unfolded during the after-party, when Onyeka approached Colton with a warning that Nicole was only interested in him so she could get out of her hometown of Miami. When confronted with the revelation, Nicole told Colton it “couldn’t be further from the truth.”

The party ended with Hannah B., who earlier told Colton that she was falling in love with him, earning the date rose.

Cassie was the recipient of the next one-on-one date — a trip to a deserted island paradise. The two hit it off and she earned the date rose, with Colton declaring he’s “crazy” about her.

Finally, at the pre-rose ceremony cocktail party, Nicole once again attempted to convince Colton that her intentions were good. “I came here for the possibility of love, and that’s why I’m here,” adding that Onyeka was “bullying” and “belittling her,” as well as spreading rumors that she was “unstable.” Of course, Onyeka vehemently denied the accusations, and reiterated her claim that Nicole’s intentions were not honest.

A private conversation between the two women quickly escalated into a shouting match, with Colton ultimately stepping in to try and calm them down. Unable to get a word in edgewise, he stormed off, telling them he “needed some time alone.”

As the episode ended, Colton was seen walking along the beach and declaring, “I’m over this.”

What does that mean for Colton's future, and that of the other ladies? We’ll have to wait until next week to find out.

The 12 remaining women are:

On ‘GMA’, embattled ‘Bachelor’ host Chris Harrison speaks out: “This franchise can be a beacon of change”
Rachel Lindsay reacts to fellow ‘Bachelor’ contestant Taylor Nolan’s offensive tweets
Matt James breaks silence on ‘Bachelor’ controversy: “It has been devastating and heartbreaking”
‘The Bachelor’ recap: The hometown dates end in an emotional departure
Kate Winslet admits bullying over her weight in her early 20s damaged her confidence
American Idol recap: Look-a-likes and “top 5 material”