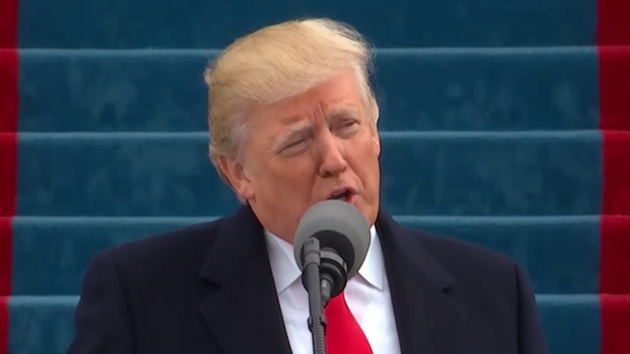 ABCNews.com(WASHINGTON) — Prosecutors in New York’s Southern District have subpoenaed documents from President Donald Trump’s inauguration committee, sources with direct knowledge told ABC News, indicating that even as the special counsel probe appears to be nearing an end, another investigation that could hamstring the president and his lawyers is widening.
The contact from the Southern District, which came from its public corruption section, is the latest activity focusing on Trump’s political fundraising both before and immediately after his 2016 election.
“We have just received a subpoena for documents. While we are still reviewing the subpoena, it is our intention to cooperate with the inquiry,” a spokesperson for the inauguration told ABC News.
Prosecutors are seeking documents and records related to the committee’s donors to the massive inauguration fund, according to sources familiar with the request. Prosecutors are also seeking attendees to the events surrounding the inauguration including benefits to top level donors such as photo opportunities with President Trump, sources said.
Trump’s former personal attorney Michael Cohen has been extensively interviewed by prosecutors in the Southern District office. Longtime family accountant and Trump Organization chief financial officer Allen Weisselberg has agreed to cooperate, though the extent of his help is unknown.
The Trump family business has also been in contact with prosecutors, but sources familiar with those discussions would not spell out the specific topics covered.
Those involved in discussions surrounding the inaugural fund, a nonprofit tasked with organizing festivities surrounding the president’s swearing-in, declined to detail specific questions from investigators. Trump’s inaugural fund raised $107 million – the most in modern history.
A spokesperson for the Southern District of New York declined to comment.
ABC News has reported previously interest by federal investigators in the foreign guests at the inaugural event, and possible contributions by foreign nationals, which would be prohibited. Among those who attended were Russian billionaire Viktor Vekselberg, who is now on the Treasury Department list of sanctioned oligarchs.
Last year, special counsel Robert Mueller’s team had questioned several witnesses about millions of dollars in donations from donors with connections to Russia, Saudi Arabia, the United Arab Emirates and Qatar, sources with direct knowledge previously told ABC News. One Mueller target, a political consultant named Sam Patten, acknowledged as part of a plea deal that he accepted $50,000 to buy tickets on behalf of a Ukrainian businessman who wanted to attend inaugural events.
Despite the amount of money raised, the festivities surrounding Trump’s swearing-in were far more modest in scale than past inaugural events. The non-profit group established to oversee the celebration hosted only three major events with some small intimate private affairs. The record breaking fundraising was double of President Barack Obama’s first inaugural.
The committee was chaired by President Trump’s longtime friend, Thomas Barrack. It has been previously reported Barrack sat for an interview with Mueller’s office in late 2017. Sources familiar with the subpoena from the New York prosecutors say Barrack is not mentioned and has not been contacted by the Southern District.
Recently, internal documents obtained by ABC News showed the committee spent more than $1.5 million at the Trump International Hotel in Washington ahead of the president’s 2017 swearing-in. It is part of an array of expenditures there and elsewhere that included more than $130,000 for customized seat cushions at two gala dinners for the president-elect, $10,000 to provide makeup to the servers at another formal dinner, and $2.7 million to a company that produced a Broadway-style rendition of Frank Sinatra’s “New York, New York” using Las Vegas showgirls flown in by Trump pal Steve Wynn for a private event.
Questions about the inaugural spending were first raised last year when tax filings disclosed the five largest vendors included payments of nearly $26 million to an event planning firm run by a one-time adviser and close friend of Melania Trump. The adviser, Stephanie Winston-Wolkoff, created a company called WIS Media Partners based in California that handled some of the festivities. That firm paid out contracts to other sub-contractors that were hired and used some of the funds to hire sub-contractors.
Winston-Wolkoff was also paid $1.62 million directly for her work, ABC News has previously reported. The tax filing showed that the committee spent $104 million of the $107 million it raised. By way of comparison, for the 2009 inauguration, then-president elect Barack Obama’s team raised roughly $53.2 million and reported spending about $51 million.
The Trump Inauguration also donated $5 million to various charities including the American Red Cross, Salvation Army and the Smithsonian Institute among others.