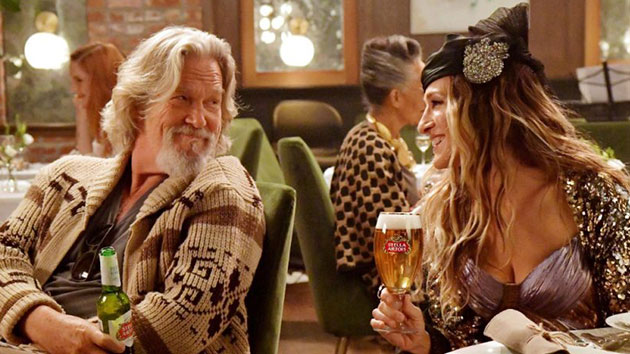 Courtesy Anheuser-Busch(NEW YORK) — Even if the pre-game buzz isn't what it once was, advertisers are still spending tens of millions of dollars to buy prime on-air real estate during the Super Bowl, on top of what the spots themselves cost to produce. Was it worth it? Here's a look at some of the more memorable ads that debuted during Sunday's big game.

Movies
Marvel gave us a fresh look at two of their highest-profile releases this year, starting with an ad for Avengers: Endgame that showed the heroes who survived the decimating Thanos finger-snap from Avengers: Infinity War gearing up for yet another big battle. "Some people move on — but not us," says Chris Evans as Steve Rogers/Captain America, as he once again straps on his shield. Avengers: Endgame debuts April 26.

Also from Marvel came another look at Captain Marvel. "Higher, further, faster" is the theme as Brie Larson's Captain Marvel and Samuel L. Jackson as Nick Fury give us plenty of kinetic action but, sadly, not much in he way of new footage. Captain Marvel opens March 8.

In a lighter vein, Pixar provided a new peek at Toy Story 4 that opens with Woody and Bo Peep at a carnival, wondering where Buzz Lightyear is. Cut to a carnival game, where Buzz is zip-tied to a wall of prizes while new characters Bunny and Ducky — voiced by Jordan Peele and Keegan-Michael Key, respectfully — talk smack to him. Look for Toy Story 4 in theaters June 21.

Marvel and Pixar are owned by Disney, parent company of ABC News.

Humor
Jason Bateman stars as an elevator operator in an ad for Hyundai that ranks buying a new car well below root canal surgery, jury duty and talking to your kids about sex in order of unpleasantness. That is, until we learn our car-buying couple is using Hyundai's Shopper Assurance, and the elevator ascends to more pleasant experiences.

Jeff Bridges and Sarah Jessica Parker invoked two of their best-known characters in an ad for Stella Artois beer. Parker enters a bar and instead of ordering a cosmopolitan, her Sex and the City character Carrie's signature beverage — she shocks the patrons by ordering a Stella Artois. Same for Bridges, who next enters as The Dude from The Big Lebowski and also orders a "Stella Artose," as he pronounces it, rather than his usual white Russian, and ends the spot with "The Dude abides."

We're neck deep in past and present NFL legends, including Super Bowl 53 champ Tom Brady, in an ad celebrating the league's 100th season. Set at a celebratory banquet, things get out of hand when a golden football being used as a cake-topper winds up on the floor and everyone scrambles to field the "fumble," and a free-for-all ensues.

In an ad for Amazon's Alexa, Forest Whitaker tries out an Alexa electric toothbrush, while Harrison Ford's dog tries an Alexa dog collar and winds up ordering a truckload of dog food and treats. Astronaut Mark Kelly also appears, watching from the space station as Alexa flicks the power to the entire U.S. off and on.

Tear-jerkers
Verizon spotlighted first responders in an ad titled "The Team that Wouldn't Be Here," featuring first responders and the real-life people — all of them athletes — whose lives they saved. Yet another Verizon ad features Los Angeles Chargers coach Anthony Lynn in a fire house, talking about how he almost died in 2005 when he was hit by a car but was saved by first responders. It's then he learns the first responders to whom he's talking are the very ones who saved his life. Better grab a tissue.

Inspirational
Toyota introduced us to Antoinette “Toni” Harris, the 5' 6", 135-pound female free safety for East Los Angeles College, in an ad all about not letting anyone stop you from achieving your dreams.

Epic
Bud Light aired a handful of ads, including one in which they traversed breathtaking landscapes to give a mis-delivered, enormous cask of corn syrup first to the Miller Light castle, and then the Coors Light castle — all to point out how Bud Light isn't brewed with the sweetener. But the ad that'll have everyone talking Monday mashes up our Bud Light "dilly dilly!" pals with Game of Thrones.

It begins with the usual lighthearted tone, with the Bud Knight battling an unseen opponent in a jousting tournament, who shocks the crowd by unhorsing him. The mystery opponent is revealed to be The Mountain: the hulking, undead knight from Game of Thrones. Things immediately take a darker turn as The Mountain proceeds to crush the Bud Knight's skull — a throwback Game of Thrones fans will remember — at which point a dragon sails by overhead and proceeds to torch everything in sight as the Game of Thrones theme swells and the show's logo appears, with the final season premiere date of April 14.