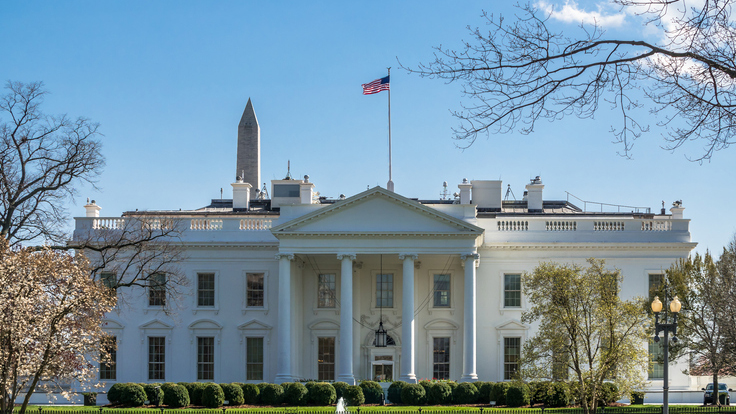 COffe72/iStock(WASHINGTON) — A new leak of three months worth of President Donald Trump's daily schedules has provoked anger among top White House aides and allies of the president, echoing the early days of Trump's presidency during which leaks seemed to plague the administration on a near-daily basis.
Axios reported Sunday on the series of schedules provided by "a White House source," which revealed according to their analysis that the president spends "around 60% of his scheduled time over the past 3 months in unstructured "Executive Time.""
The internal schedules offered significantly more insight into the president's daily activities compared to the 'Daily Press Guidance' provided to the public.
The White House did not dispute the authenticity of the schedules and instead set their sights on publicly trashing the official responsible for the leak.
"What a disgraceful breach of trust to leak schedules," Director of Oval Office Operations Madeleine Westerhout wrote on Twitter Sunday. "What these don’t show are the hundreds of calls and meetings [President Trump] takes everyday. This [president] is working harder for the American people than anyone in recent history."
In a statement to Axios, White House press secretary Sarah Sanders said the schedules showed that "President Trump has a different leadership style than his predecessors and the results speak for themselves."
Sanders declined to comment further on the story and whether the White House planned to mount an internal investigation similar to previous major leaks.
Several conservatives and allies of the president expressed similar concern over the leak and also defended the president from accusations that the unstructured time in his schedule proves he's not productive.
The 'Executive Time' moniker grew to prominence over a year ago following a similar leak of internal schedules, which showed the blocks of time spent by the president away from the Oval Office often lined up with his habit of tuning in to cable news and tweeting out observations or grievances.
"Disgusting that someone would leak this," tweeted Marc Thiessen, an AEI fellow and former speechwriter for President George W. Bush. "An appalling breach of trust."
"The distortions of the hate Trump movement are never more obvious than in the reaction to the President's leaked schedule," Trump ally Newt Gingrich said.
Conservative radio host Hugh Hewitt went as far to suggest that the leak could be dangerous to national security.
The controversy mirrored previous major leaks that roiled the White House, including the publishing of the president's call transcripts with the leaders of Mexico and Australia in 2017 and details of the president's private conversation with the Russian foreign minister and ambassador in the Oval Office following FBI Director James Comey's firing.
Such episodes have fueled the belief among the president and many supporters of the existence of a wider 'deep state' embedded in his presidency aiming to undermine or embarrass him in order to thwart his agenda.
The White House in the past has repeatedly said it was working to root out such officials through internal investigations, including the author of an anonymous op-ed posted in the New York Times by an official who identified themselves as a member of the "Resistance inside the Trump Administration."

‘Anonymous,’ author of White House tell-all book, revealed to be Miles Taylor
FIFA president tests positive for COVID-19
Following confirmation to Supreme Court, Barrett takes first oath at White House
Sen. Kamala Harris calls Trump’s attacks ‘childish’ on ‘The View’
How Trump’s team spent most of the $1.6 billion it raised over 2 years
Wunmi Mosaku would “run for the hills” if she were actually in her Netflix horror movie ‘His House’