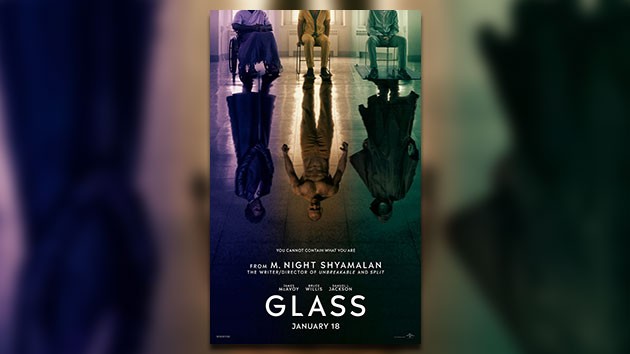 Universal(NEW YORK) — It didn't take much for Glass to top the box office for a third straight week. The M. Night Shyamalan thriller outshone the competition with an estimated $9.5 million in what's expected to be the worst Super Bowl weekend at the box office since 2000.

Second place once again belonged to The Upside, spending its third week there with an estimated $8.85 million.

Aquaman landed in fourth place with an estimated $4.78 million, bringing its total stateside gross to $323.5 million. Its global tally now stands at $1.106 billion.

Rounding out the top five was Spider-Man: Into the Spider-Verse, delivering an estimated $4.4 million.