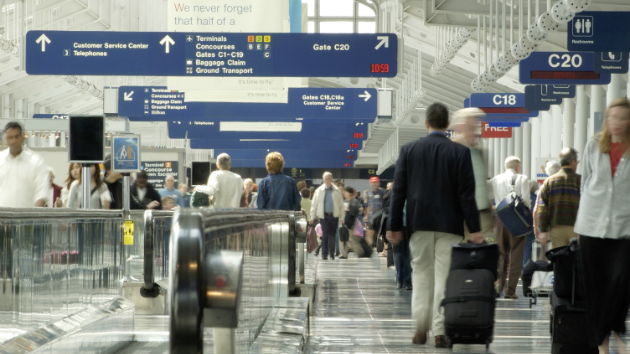 groveb/iStock(CHICAGO) — Chicago's O'Hare Airport has reclaimed the title of the busiest airport in the U.S.
ABC’s Chicago station WLS-TV reports O'Hare had more than 900,000 arrivals and departures in 2018, dethroning Atlanta's Hartsfield Jackson Airport to take the top spot. In all, O’Hare saw a record 105 million passengers go through its doors last year.
The rise in air traffic is partly due to the addition of nearly 50 new routes, according to the city of Chicago.
Copyright © 2019, ABC Radio. All rights reserved.