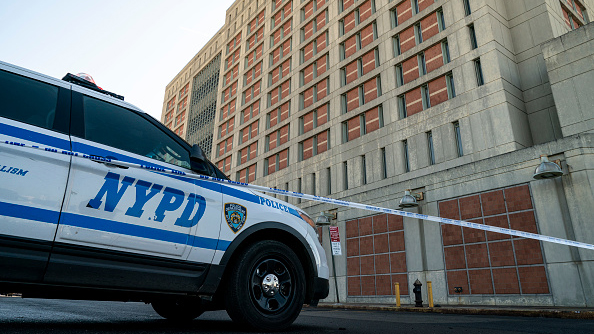 Drew Angerer/Getty Images(NEW YORK) — A bomb threat was investigated Monday at the federal Metropolitan Detention Center in New York City where inmates have complained of having no heat in their cells during a recent cold snap, officials said.
The bomb threat at the Brooklyn lockup was made around 10:25 a.m., and the New York Police Department Emergency Services Unit searched evidence of an explosive but none was found, authorities said.
The incident prompted officials to evacuate lawyers, contractors and visitors from the institution, and place the facility on modified operations until about 1:50 p.m. while the investigation was going on, officials said. Visiting hours for family and attorneys of inmates resumed around 5 p.m.
The threat came just hours after a federal lawsuit was lodged against Federal Bureau of Prisons and the warden of the Brooklyn detention center over a "humanitarian crisis" at the facility, according to the court documents filed on behalf of clients of the Federal Defenders of New York being held at the lockup.
"Hundreds of men are being locked into darkened cells, subjected to frigid temperatures for days on end and denied basic necessities including hot water and critical medical care," said attorney Sean Hecker, a partner in the law firm of Kaplan Hecker & Fink, which filed the lawsuit on behalf of Federal Defenders.
The lawsuit is asking the federal court to restore inmates' "constitutional rights, including their access to legal counsel."
"The conditions at the MDC and the behavior of the officials in charge are disgraceful and inhumane and represent wholesale violations of our clients' constitutional rights," said Dave Patton, executive director and attorney-in-chief of the Federal Defenders.
The legal action follows a weekend of protests at the detention center, where inmates have complained of having no heat in their cells for days after a fire on Jan. 27 left a large portion of the facility's West Building without electricity.
On Sunday, a small group of protesters, including relatives of inmates detained at the detention center, attempting to storm the facility were pushed back by correctional officers who used pepper spray on the demonstrators.
New York Gov. Andrew Cuomo has called for the U.S. Department of Justice to investigate why inmates were kept in frigid cells during a polar vortex that hit the city last week, sending temperatures plunging as low as 2 degrees.
"It's a federal facility, the state doesn't have jurisdiction," Cuomo said on Monday. "We have said to the Justice Department it's an outrage. It violates the civil rights and civil liberties of the people who are incarcerated. Just because you are incarcerated doesn't mean you give up your civil rights and civil liberties."
Wyn Hornbuckle, a spokesman for the Department of Justice, said in a statement that conditions at the facility will be investigated.
"In the coming days, the department will work with the Bureau of Prisons to examine what happened and ensure the facility has the power, heat and backup systems in place to prevent the problem from re-occurring," Hornbuckle said in a statement.
On Sunday night, power was finally restored to part of the center, where inmates had been communicating with protesters outside by pounding on their cell windows.
The lawsuit filed Monday alleges that the response to the deteriorating conditions at the facility "has been woefully inadequate."
"They have been slow to acknowledge the problem and have not taken sufficient steps to obtain temporary supplies of electricity or heat or to repair the damage," the lawsuit states.
During the power outage, according to the lawsuit, the Bureau of Prisons canceled legal and social visits for detainees.
On Sunday, defense attorneys were allowed to begin visiting detainees again. But after four hours the visits were halted when demonstrators entered the lobby of the center and correctional officers deployed pepper spray to squelch the demonstration, according to the lawsuit.
"Visiting attorneys began to smell a strong chemical scent and started coughing when pepper spray was dispersed in the visiting room," the lawsuit states. "Legal visits were then abruptly cut short, and the visiting attorneys were escorted out of the MDC."