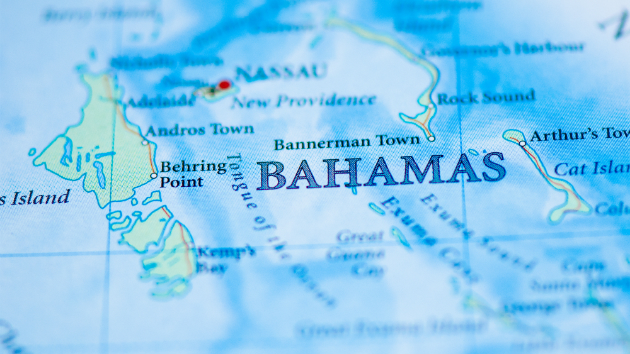 goralikus/iStock(PORT-AU-PRINCE, Haiti) — A boat smuggling a large group of Haitian migrants sank over the weekend, killing at least 28 people, officials said.
The U.S. Embassy in Port-Au-Prince, Haiti, said officials managed to rescue 17 people, including two who were found stranded on a cay off the coast of the Bahamas on Sunday.
Officials discovered the ship after residents reported finding bodies floating in the sea on Saturday near the entrance of Marsh Harbour in Abaco, the embassy said in a statement Sunday.
"Another tragic loss of life," the statement said. "No journey is worth risking lives — please urge families and communities: Illegal migrant & smuggling operations are dangerous and frequently end in tragedy."
The Royal Bahamas Defence Force, which assisted the U.S. Coast Guard in the rescue, said it's apprehended about 300 Haitians over the past month or so as citizens attempt to flee the country, the poorest in the Western Hemisphere.
Haiti's Foreign Minister Edmond Bocchit called the situation "really heartbreaking."
"They are our brothers and sisters who are seeking a better life, and then they are met with this horrible death. It is really sad," he told the Miami Herald.
The survivors were charged and ordered repatriated to Haiti, the Royal Bahamas Defence Force said in a statement.
"The Haitian nationals have all been charged before the courts and ordered repatriated to Haiti," the statement said. "The Royal Bahamas Defence Force continues to protect and safeguard the territorial waters of The Bahamas."
Copyright © 2019, ABC Radio. All rights reserved.

Congratulations to 27 new Game Warden officers in PA
One person killed and another seriously injured in Big Run crash Monday
Dad-to-be killed when gender reveal device explodes: Police
‘It was nothing short of a miracle’: Charter boat captain recounts rescue of man stranded 36 hours at sea
About 100 animals killed in fire at pet store: Officials
2 killed in separate avalanches in Colorado