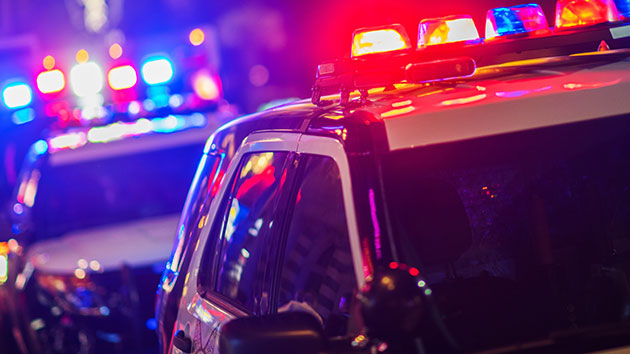 iStock(CINCINNATI) — A police officer was shot dead and another injured in a shooting at an apartment building in Pierce Township, Ohio.
The alleged shooter — who kept police at bay for some 12 hours — was finally taken into custody Sunday just after 6:30 a.m., authorities said.
The beginning of the incident took place at about 7 p.m. on Saturday when someone called police for a welfare check. Two deputies were shot at about 10:30 p.m. and the suspect then barricaded himself in an apartment, according to Lt. Julie Poe with Pierce Township police.
Both officers struck by gunfire were sheriff's deputies in Clermont County.
"It's a very sad morning for the Clermont County Sheriff's Office," Capt. Jeff Sellers said.
The area around the apartment building was shut down as the suspect apparently continued firing throughout the night. Cincinnati ABC affiliate WCPO-TV reported hearing shots around 10 p.m. and just before midnight.
The second officer was taken to University of Cincinnati Medical Center in stable condition.
A fire broke out in the building too, police said.
The standoff ended Sunday morning when police arrested the suspect.
"The Clermont County Sheriff’s Office has requested the bureau of criminal investigations to handle the criminal aspect of the standoff," said Captain Jeff Sellars of the sheriff's office. "Also during the standoff, a fire broke out as a result of the standoff, and the state fire marshal’s office has been requested to handle that investigation."
Pierce Township, in Clermont County, is on the Ohio-Kentucky border, about 20 miles southeast of Cincinnati.
The death is the fifth police officer this year to be killed by gunfire. It is the first since Officer Sean Tuder of Mobile, Alabama, was killed while serving an arrest warrant on Jan. 20.
Copyright © 2019, ABC Radio. All rights reserved.