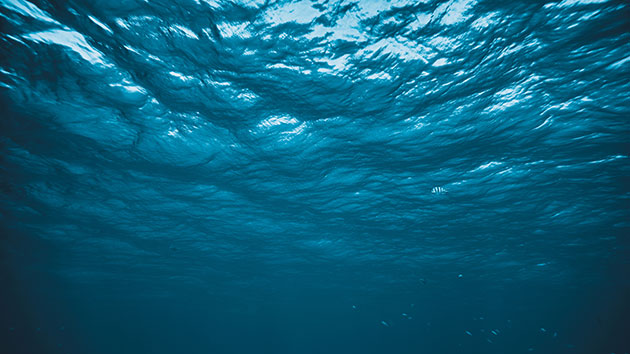 iStock(OSLO, Norway) — Highway E39 in Norway is one of the most beautiful drives in the world, hugging the country's rugged west coast from Kristiansand to Trondheim.
It is 684 miles of unending scenery, including rivers and lakes, waterfalls, mountains and numerous fjords.
But if you look carefully at a road map, E39 is something of a dotted line. Each of the breaks occurs at seven fjords — where drivers must put their cars on a ferry to get across.
This stop-and-start, sea-and-land journey takes 21 hours.
But the government of Norway has a plan.
"Ferry-free E39" would cut the driving time almost in half with a series of bridges and tunnels across the fjords.
One planned tunnel will set a world record for a rock tunnel — drilled under the seabed of a fjord. It will be 1,286 feet deep and 17 miles long.
If that sounds like a long stretch in the nowhere-land of a tunnel, the Norwegians are planning to make the tunnel's lighting as easy on the eyes as possible.
"Route E39 is a key route for Norway," said Kjersti Kvalheim Dunham, a project manager overseeing the revamping of the E39 route. "Improved transport will improve welfare for the local population, open up to more exports and increase tourism."
In fact, she said, "the tunnels may become attractions," like a "new Eiffel Tower on and under the water."
Creating "a pleasing driving environment" is just part of the plan for another unique tunnel along the future E39. At 4,265 feet deep, the largest in Norway, Sognefjord is too deep to dig a tunnel beneath the sea bottom.
Instead, the plan calls for something the world has never seen before: a submerged floating tunnel.
Think of a drinking straw, anchored in the bedrock on either side of the fjord, submerged about 98 feet below the surface of the water, low enough for the biggest ships to pass safely over, and with plenty of space underneath for submarines to come and go.
In addition to staying clear of water traffic, the depth of the tunnel assures smooth driving.
"Wind, waves and currents have hardly any influence there," Arianna Minoretti, a chief engineer at Norway's Public Roads Administration, told ABC News.
She said 50 international experts "are doing detailed simulations and detailed measurements of wind speed, current, undersea landslides, bedrock geology, etc." to make sure the plans, as well as the tunnel, are rooted in "the real-world environment."
The two concrete tubes of the tunnel — one for traffic headed in each direction — will be firmly fixed in position and attached to floating pontoons, spaced 820 feet apart to allow sea vessels to pass through.
This ambitious line of bridges and tunnels for the new Highway E39 is part of an even bigger network.
"Norway already has got 1,170 tunnels, 37 of which go underwater," said Kvalheim Dunham. "Norwegians are quite used to going underwater in tunnels."
The new highway won't be ready anytime soon. To date, 10 percent of the project has been completed.
By 2025, 33 percent of the project is expected to be completed. The entire route won't be fully finished until 2050, Kvalheim Dunheim said.
And the price? Just $40 billion.
Copyright © 2019, ABC Radio. All rights reserved.

Tamron Hall says she hopes her son is “so proud” of the work she does on ‘The Tamron Hall Show’
Alec Baldwin hopes he can retire Trump ‘SNL’ role come November
Pantone launches new shade of red in hopes of ending menstruation stigma
Uzo Aduba says she hopes her Emmy win will allow her to “add more chairs for others to come sit”
Andre Braugher hopes ‘Brooklyn Nine-Nine’ will “commit” to telling honest stories about policing
Coronavirus live updates: India records world’s highest increase in new COVID-19 cases