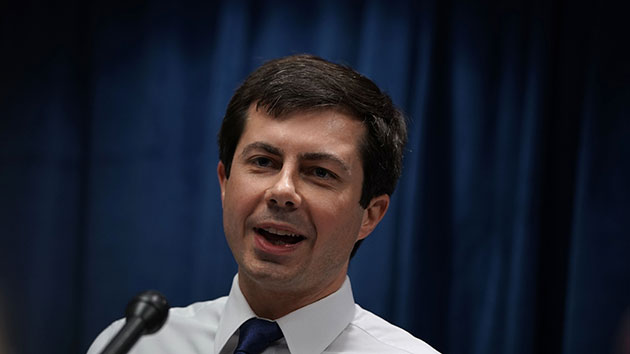 Alex Wong/Getty Images(WASHINGTON) — White House hopeful Mayor Pete Buttigieg said he realizes “the audacity of somebody like” him pursuing a run for president of the United States, but said his mayoral experience would be an asset in Washington.
“Frankly, it's a leap for anybody, anybody who arrives behind that desk” to become president, Buttigieg told ABC News Chief Anchor George Stephanopoulos on This Week Sunday. “And yet all of the people who have had that have been mortals who just bring their experience to the table.
“My experience is that of guiding a city through transformation, and I think a mayor at any level has the kind of executive frontline government experience and by the way, problem-solving experience that we need more in Washington right now.”

Buttigieg, the 37-year old two-term mayor of South Bend, Indiana, announced he was forming a presidential exploratory committee, the precursor to an official campaign, on Jan. 23. Buttigieg is Midwestern-raised, Ivy League-educated and a Navy veteran who served in Afghanistan. He is hoping to make history as the first openly gay presidential nominee of a major party.