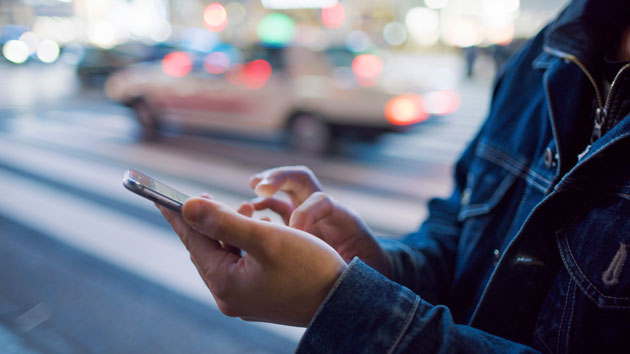 Bronek Kaminski/Getty Images(NEW YORK) — A tech-savvy bank robber wore no mask and carried no gun — but used the little chip inside a smartphone to steal untold thousands of dollars in what is becoming an increasing popular strain of e-fraud, according to the Manhattan District Attorney’s office.
A grand jury in New York returned a 52-count indictment Friday against Dawson Bakies, 20, of Columbus, Ohio, charging him with grand larceny, identity theft and computer tampering among other charges.
Bakies is accused of “SIM swapping.”
He impersonated the owners of smartphones, convinced their wireless providers to port phone numbers over to iPhones he owned and then accessed victims’ online accounts by completing two-factor authentication, according to court records.
“This isn’t a new type of fraud, per se, but it has certainly become more popular as crypto-currency has become more widely adopted,” said Elizabeth Roper, chief of the cyber-crime bureau in the Manhattan District Attorney’s office. “People who are users of crypto-currency often access those funds using information that is on their cell phones.”
Bakies targeted at least 50 different victims across the country who were not chosen at random, according to the indictment.
“The victims targeted in this case were publicly-active in the crypto-currency space,” Roper told ABC News. “There’s a belief that people who are out there writing about or talking about crypto-currency are going to have holdings in one or more crypto-currencies. They’re attractive targets.”
Bakies is charged with stealing more than $10,000 in crypto-currency from three Manhattan victims, plus much more from the others, in what is the first-ever prosecution of SIM swapping in New York and among the first in the nation.
“Today my office is putting the small handful of sophisticated ‘SIM Swappers’ out there on notice,” said Manhattan District Attorney Cy Vance. “We know what you’re doing, we know how to find you, and we will hold you criminally accountable, no matter where you are.”
Bakies pleaded not guilty and was released on $100,000 bail.
When investigators searched his home in Ohio, according to court records, they found several devices used in the scheme, including a laptop with encrypted drive containing a document named “Hacker [expletive]!” The document had the names of “finished targets” including the three Manhattan victims, according to a court affidavit.
Prosecutors said wireless carriers should wake up to an increasingly common scheme.
“Carriers need to rethink the way they authenticate people,” Roper said.
Copyright © 2019, ABC Radio. All rights reserved.