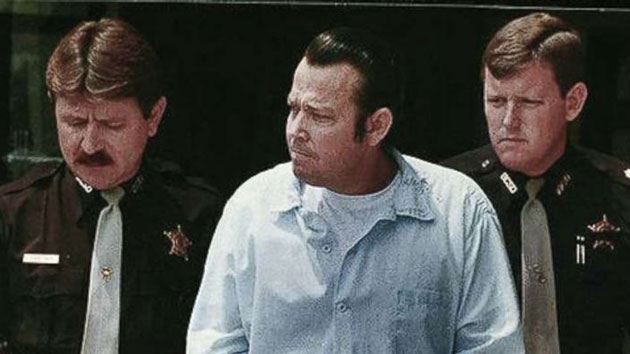 Portland Police Bureau(PORTLAND, Wash.) — A killer and rapist who led police on "the biggest manhunt in Texas history" has been identified as the man allegedly behind a 1979 cold case killing in Portland, Oregon, officials said.
But Jerry Walter McFadden, whom authorities now believe killed Anna Marie Hlavka, won't be tried for the crime because he was executed nearly 20 years ago.
The cold case killing of 20-year-old Anna Marie Hlavka dates back to July 24, 1979, when she was sexually assaulted and strangled to death in her apartment, Portland police said Thursday.
Hlavka, who was strangled with the electric cord from her clock radio, was discovered by her sister at the home the two shared with Hlavka's fiance, police said.
Decades went by without progress in her murder.
The first lead came in 2011 when an unknown male DNA profile was recovered from crime scene evidence, police said.
From 2012 to 2016, authorities submitted DNA from eight people to try to identify the killer, but none of the DNA submissions matched the crime scene, police said.
The turning point was last year, when detectives looked into the use of genetic genealogy, police said.
The new investigative technology uses an unknown suspect's DNA left at a crime scene to trace his or her family tree. By creating a family tree based on the unknown suspect's relatives who voluntarily submit DNA to genealogy websites, authorities can zero in on a suspect.
The first public arrest through genetic genealogy was the arrest of the suspected "Golden State Killer" in April. Since then, genetic genealogy has helped lead to more than 20 other suspect identifications.
By October, a genealogy expert working with police zeroed in on McFadden as the suspect in Hlavka's case, authorities said.
But McFadden, a convicted murderer, was executed in Texas in 1999.
"Due to McFadden's execution date, his DNA profile was never entered into the FBI CODIS database for comparison," police said in Thursday's news release.
McFadden's family members gave DNA to detectives, who confirmed a match to the DNA at the Portland murder scene, police said.
McFadden had a lengthy and violent criminal record, including murder, rape and kidnapping.
In 1973, he was sentenced to 15 years behind bars for two counts of rape, police said.
But he was paroled in December 1978 — eight months before Hlavka's murder, police said.
Detectives have since learned McFadden went to the Pacific Northwest in 1979 with a woman who "reported dropping him off in Portland and having no further contact with him," police said.
In 1979, McFadden was convicted of kidnapping and raping an 18-year-old woman at knife-point, police said.
McFadden was paroled in July 1985.
He arrested again less than a year later for raping and killing an 18-year-old high schooler and shooting two others, police said.
McFadden was in jail awaiting a capital murder trial when he escaped and kidnapped a corrections officer, holding her hostage for three days, police said.
The search for McFadden was called "the biggest manhunt in Texas history," with more than 1,000 officers involved, Portland police said.
McFadden's crimes led to parole changes in Texas, according to police.