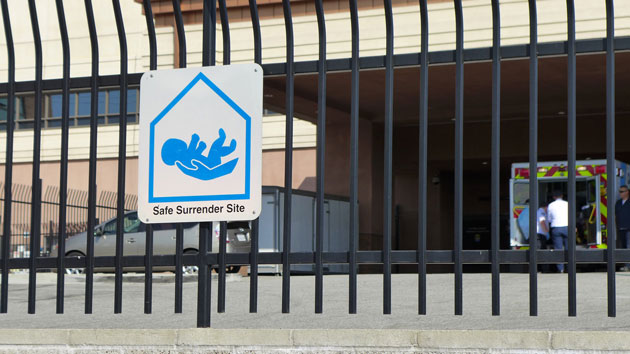 Jim Steinfeldt/Michael Ochs Archives/Getty Images(SAN BERNARDINO, Calif.) — A young mother surrendered her newborn twins at a California fire station this week, marking the latest two of nearly 1,000 infants that have been surrendered to authorities since the program was launched in 2001, according to state officials.
“This is exactly why the Safe Surrender program was created,” San Bernadino County Fire Chief Mark Hartwig said in a statement.
“This young mother did the right thing by bringing her babies to the fire station. Regardless of your circumstances, the Safe Surrender program is a viable and loving option — no questions asked.”
The Safely Surrendered Baby program — signed permanently into state law in 2006 — codified a program that began five years earlier. The state law allows a parent or lawful custodian to safely surrender a baby, confidentially and with no questions asked and no fear of prosecution, within 72 hours of birth.
The program's goal to save lives of newborn infants at risk of abandonment by providing an option to safely surrender the infant with no questions asked. The person with lawful physical custody is given 14 days to change their mind and reclaim the baby.
The woman arrived at the “Safe Haven Site” and told firefighters that she had just given birth to twins and wanted to safely surrender them, according to a statement from the San Bernardino County Fire Station.
Fire Captain Andrea Binley and her fire crew immediately took the babies in and evaluated their needs. The infants had been cared for and were in good medical condition upon arrival, according to the statement.
The newborns were then transported to a local hospital for further assessment. The mother declined medical care for herself. The fire department provided the mother with information on how she could reclaim her children if she wished to do so, in compliance with the law, according to the statement.
The mother's decision to take advantage of the law is being applauded on social media.
From January, 2001 through December, 2017, 931 infants have been safely surrendered, according to state officials, including 88 surrendered in 2017 alone. During the same period, 175 newborns were abandoned in California.
Abandonment of infants in California has dropped from 25 cases a year in 2002 to five or less cases per year since 2010, according to the California Department of Social Services (CDSS).
Safe surrender sites are typically hospitals or fire stations that have been approved by a county board of supervisors or fire agency. Approved locations display the safe surrender logo.
The baby and parent or surrendering person both receive a confidentially-coded ankle bracelet upon arrival. Under law, the parent or surrendering person has at least two weeks to reclaim their baby by bringing their copy of the coded bracelet back to the site.
After a baby is received, he or she is examined, receives medical treatment, and is then placed in a foster or pre-adoptive home.
“In California, no one ever has to abandon a baby again,” the CDSS states on its website.
Copyright © 2019, ABC Radio. All rights reserved.