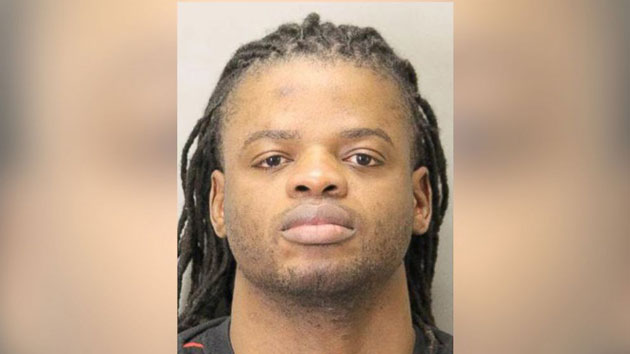 Metropolitan Police Department(WASHINGTON) — A judge in Washington, D.C., on Friday ordered that a man convicted for the gruesome murders of a child, his parents and their housekeeper in a local mansion in 2015 never be released from prison.
The judge sentenced Daron Wint to four life sentences after prosecutors and the victims' family members asked for the harshest possible punishment, with one prosecutor saying Wint's actions amounted to “one of the worse crimes this city has ever seen.”
A few months ago, a jury convicted Wint of killing Savvas Savopoulos and his wife, Amy; their son, 10-year-old Phillip; and their housekeeper, Vera Figueroa. He had set the home ablaze to cover up the murders, prosecutors said, and he was ultimately convicted of all 20 counts against him, including first-degree premeditated murder, burglary and arson.
The sensational crime, in a posh neighborhood, drew national attention. The victims were held captive overnight, with the adults being bound to chairs, beaten with a baseball bat and strangled. An autopsy concluded that the boy was killed by "thermal and sharp-force injuries." He was found in his bedroom.
Wint was tied to the scene after investigators found his DNA on a half-eaten pizza inside the home.
On Friday, in emotional testimony read to the court, the two surviving Savopoulos daughters, Abigail and Katharina, described their struggle to live without their family.
“This is what it feels like to be collateral damage,” Katharina said in a statement read on her behalf.
During Friday's hearing, Wint was asked if he wanted to make a statement to the court, but declined, with his attorney still insisting Wint was innocent.
As D.C. Superior Court Judge Juliet McKenna sentenced Went, she cited the “incomprehensible suffering” of the victims' family and friends.
The judge "really nailed it when she delivered the sentence that she did, with four consecutive life sentences without release," prosecutor Laura Bach said afterward.
Copyright © 2019, ABC Radio. All rights reserved.

How life has changed 1 year into the COVID-19 pandemic: Masks, restrictions largely endure
When will life return to normal? Experts consider what summer, fall might look like
“You could save a life” – Dr. Oz urges people to learn CPR after saving a man at airport
Black business owners must overcome obstacles to have a chance at building wealth
Golden Globes 2021: ‘The Life Ahead’ takes home Golden Globe for Best Original Song
‘A hidden figure no longer’: NASA officially names DC headquarters after Mary W. Jackson