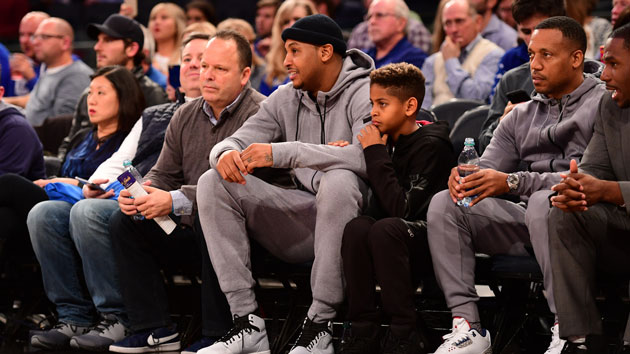 The Bulls originally acquired Anthony, along with cash considerations, in a trade with the Houston Rockets. Anthony never played a game in a Bulls uniform as the team planned to waive him barring any trade offers.

It's the fourth team Anthony has landed on in two seasons. After an unsuccessful stint with the Oklahoma City Thunder, he was traded to the Hawks in exchange for point guard Dennis Schroeder. The Hawks then waived the 10-time All Star, allowing him to sign with the Rockets.

Anthony only played in ten games for the Rockets before head coach Mike D'Antoni decided he did not fit with the roster.

"It wasn't fair for him as a Hall of Fame player to play in a role that wasn't good for him," D'Antoni told reporters at the time. "It wasn't a fit."

Anthony is now free to sign with any team of his choosing, with the Lakers considered the frontrunner as he is good friends with current Laker LeBron James. The Lakers would need to open up a roster spot to sign Anthony, something that could happen if the team manages to pull off a trade for New Orleans Pelicans star Anthony Davis.