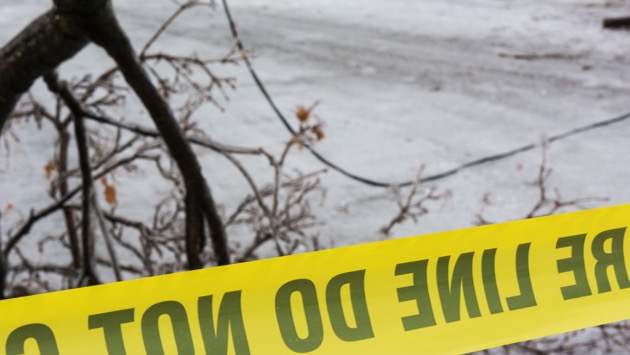 yelo34/iStock(MILWAUKEE) — A 62-year-old man was "frozen solid" when he was found dead in his Wisconsin backyard on Thursday, according to a local official.
The man didn't come to work, prompting his co-workers to call authorities to respond to his home in Cudahy, about 7 miles outside Milwaukee, said Karen Domagalski, operations manager at the Milwaukee County medical examiner's office.
The man, who was not identified, did not have enough clothes on to be outside in the brutally cold weather, she told ABC News.
The temperature plunged to minus 23 degrees with a minus 40 degree wind chill in Cudahy on Thursday morning.
By Thursday afternoon, the high temperature was still a bone-chilling minus 4 degrees with a minus 19 degree wind chill.
His death appears to be weather-related, Domagalski said.
This marks the third weather-related death in Milwaukee County this week, Domagalski said.
The deaths were part of an artic blast that left a large part of the country in a deep freeze and killed a total of 17 people.
Also among the Milwaukee County deaths was a 55-year-old man who was "cold and frozen" when he was found dead in his garage on Tuesday, Domagalski said.
An autopsy for the 62-year-old will be conducted Monday, Domagalski said.
Copyright © 2019, ABC Radio. All rights reserved.