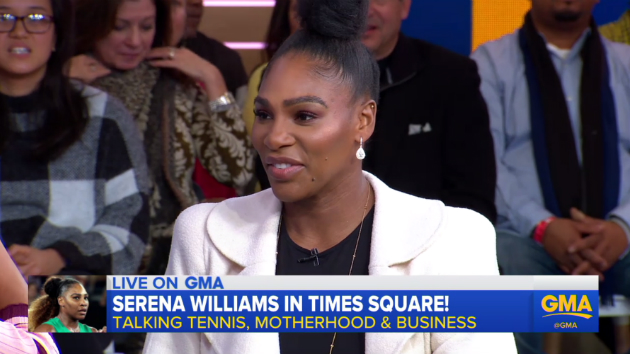 ABC News(NEW YORK) — Serena Williams, fresh off her surprise loss in the Australian Open, said she is still putting the pieces together 10 months after her maternity leave.
Williams lost in the quarterfinals of this year’s Australian Open after holding four match points. Karolina Pliskova defeated Williams in the upset, 6-4, 4-6, 7-5.
“I learned that when I’m in the lead, I’m a closer, I’m really known to be a closer," Williams, 37, said Thursday on ABC News' Good Morning America. “It’s little moments like that, that you just don’t think about because you spend so much time away.”
"I’ve learned little things that I used to do that I have to be like, ‘Oh, okay, I remember that. Oh, so now I won’t do that again,'" she added.
Williams suffered life-threatening complications after she gave birth to her daughter, Alexis Olympia Ohanian Jr., more than one year ago.
She described what she has accomplished in the 10 months she has been back on the pro tour as “really miraculous.”
“Everything that I’ve done in 10 months has already been crazy,” she said. “It’s still little lessons that I’m learning and I’m happy for those lessons.”
Williams, married to Reddit co-founder Alexis Ohanian, called having their daughter “the best thing I’ve ever done in my life.”
She said she wants to teach Olympia, whose network of strong women includes her aunt, Venus Williams, to embrace being strong like the women who surround her.
“I want to teach her that it’s okay to make the first move,” she said. “It’s okay to ask and to say, ‘Listen, I want a chance at being in this play. Put me in, or give me this first opportunity.’”