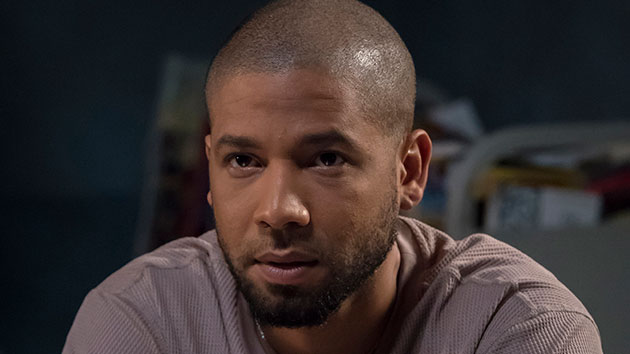 Chuck Hodes/FOX(CHICAGO) — The family of Empire actor Jussie Smollett, who was attacked in Chicago on Tuesday in what's being investigated as a hate crime, is finally speaking out about the brutal incident.

"In the early hours of Tuesday morning, our beloved son and brother, Jussie, was the victim of a violent and unprovoked attack. We want to be clear, this was a racial and homophobic hate crime," the statement reads.

"Jussie has told the police everything from the very beginning. His story has never changed, and we are hopeful they will find these men and bring them to justice."

The family then goes on to thank everyone for their prayers and support, calling Jussie "a warrior whose light cannot be dimmed."

The statement also asks that similar "targeted hate crimes" be called "domestic terrorism.. and treated as such."

While the family is calling for accountability, police have thus far received no tips since releasing surveillance footage photos.

However, Chicago police did confirm to ABC News on Thursday that a female neighbor of Smollett’s came forward to say that she'd seen a man who had a rope of some kind, although the man's description was different than the one Smollett gave of his attacker.

Police also note that Smollett is a victim, not the target of any criminal investigation. Regarding the fact that the actor didn't want to turn over his personal phone after the attack for independent verification, police say they have no interest or probable cause to obtain a warrant to search his phone records.

As previously reported, Smollett, who's openly gay, says he was attacked by two men who hurled racial and homophobic epithets at him, threw an unknown substance on him and put a rope around his neck. He also claimed the assailants used the phrase "MAGA country."