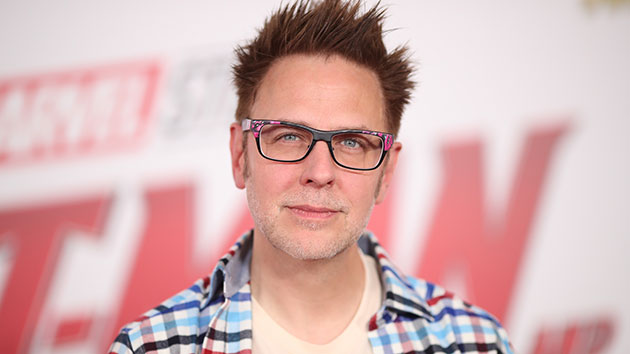 Christopher Polk/Getty Images(NEW YORK) — It looks like James Gunn is closer to locking down his next directorial project.

After learning back in October that the former Guardians of the Galaxy writer/director was in talks with Warner Brothers and DC to write the second Suicide Squad film, word now comes that Gunn is in negotiations to direct as well, according to The Hollywood Reporter.

Gunn is reportedly in the process of writing a script for the sequel, which the studio announced Wednesday is slated for an August 6, 2021 release.

Gunn — who directed and wrote the first two Guardians films — was let go from the third installment last July after old, offensive tweets of his were unearthed. Even though the film's cast rallied in support of Gunn, and fans started a petition to ask Disney — parent company of Marvel and ABC News — to reinstate him, Disney's decision remained final.

Also Wednesday, Warner Brothers also announced that writer/director Matt Reeves' The Batman will hit theaters on June 25, 2021, according to THR.

As expected, Ben Affleck, who played the Caped Crusader in Batman v. Superman: Dawn of Justice, Suicide Squad and Justice League, will not be be returning. The Batman will focus on a younger Bruce Wayne. Reeves will reportedly handpick Affleck's replacement.

There certainly doesn't seem to be any hard feelings from the former Dark Knight. "Excited for #TheBatman in Summer 2021 and to see @MattReevesLA vision come to life," Affleck tweeted Wednesday.

Reeves tells THR that The Batman will also take the character back to his roots and show Batman "more in his detective mode than we've seen in the films."