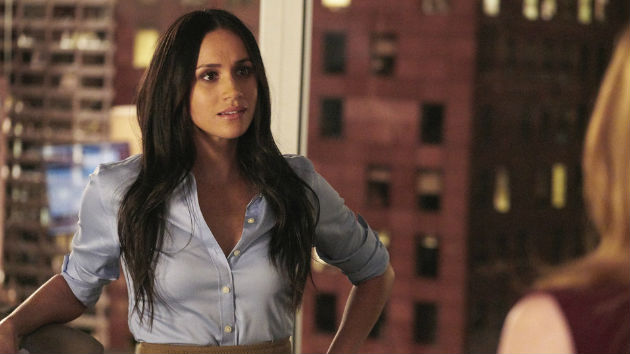 Photo by: Ian Watson/USA Network(LOS ANGELES) — After she was one of the briefcase models on Deal or No Deal, but before she became the Duchess of Sussex, Meghan Markle starred on USA's now-8 season-old legal drama Suits.

With the show's ninth and final season forthcoming, will the newly-minted Royal — and soon-to-be mom — make a return to the basic cable show?

"I would love it, but I think it’s pretty close to zero," says show creator Aaron Korsh tells Deadline of the odds of Meghan's return.

But at least he's realistic about it, noting that the show is, "not currently pursuing asking Meghan to leave her position with the royal family and join us."

And of course, what could a Hollywood exec possibly offer Duchess Meghan to entice her to come back? A bigger trailer? More money? More assistants? After all, the woman's married to a prince, has an entire staff of servants and essentially lives in a palace.

Korsh added of the Duchess, "We love her, we wish her well, but I don't think that's happening."

Some school districts requiring struggling online learners to return to the classroom
Dems, GOP at odds over scope of proposed commission on Jan. 6 Capitol attack
Victoria’s Secret plans to close up to 50 more stores this year
“I didn’t have a problem with the way we were doing it” — ‘Simpsons’ creator Matt Groening responds to racial casting flap
Massachusetts schools may soon return to full-time in-person learning
Megxit, stage left: Poll says majority of Brits don’t want to watch Oprah’s interview with Harry and Meghan