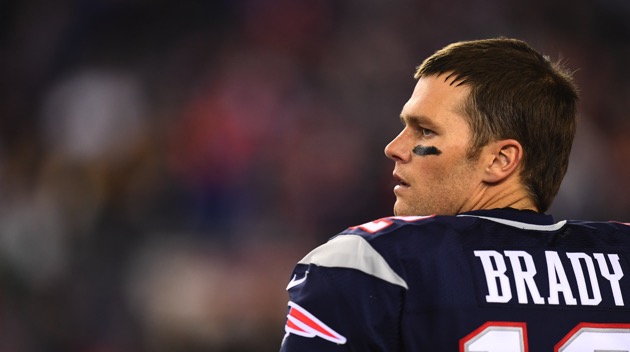 Joe Faraoni / ESPN Images(NEW YORK) — Though Tom Brady says there's no chance he'll retire after his record ninth trip to the Super Bowl this weekend in Atlanta, his career is coming full circle as he faces off against the Rams in the biggest game of the year.
A lot is being made of his age, now 41, entering Sunday's game, but Brady was only in his second season in 2002 when he led the underdog Pats to Super Bowl XXXVI and a surprise win over the then-heavily favored Rams.
More than 17 years later, the Pats are a slight favorite over the same team this go around and the top reason is the man under center — TB12.
Let's take a look back at how his love of the sport, support from his family and clean living have all contributed to Brady's ability lead to his team to a record-setting nine Super Bowl appearances.

An unlikely champion
Brady has proven all the naysayers wrong after being drafted in the sixth round, 199th pick overall, of the 2000 NFL Draft.
He rose to instant fame after he replaced injured starting QB Drew Bledsoe during 2001 season and led the Pats on a historic run to an unexpected championship. There was absolutely no turning back after that.
He not only beat the Rams in the Super Bowl that same year, but would go on to win two more championships over the next three seasons.
And while his career started red hot, the more impressive feat is how Brady has been able to maintain his high level of play for almost two decades. Brady adheres to a strict regimen to be at his best performance level, making concessions in the process.
"I don’t go to bed at 1 a.m. and wake up at 5 a.m. and say, 'Let’s see if I can get this done today,'" Brady told ABC News in 2016. In fact, it’s in bed by 8:30 p.m. and up at 5:30 a.m., he added.
“Because my career is so important, I think I make a lot of, I wouldn’t call them sacrifices, but just concessions for my job. I love what I do and I want to do it for a long time,” he added.
After practice, the gym and studying film of his opponents, Brady said he makes sure to prioritize time with his wife Gisele Bundchen and their kids before an early bed time.
"I have hobbies. I like being active … But it' a lot of work and being with my family," Brady said.
"Sometimes, it’s hard to cut things out, for me where I cut is like my friends, they probably don’t get as much time as they used to," he added.

The man takes care of his body like no other
Another element of his life that Brady has prioritized is his health through his very strict diet. He's a true believer that his body is his temple.
In 2016, private chef Allen Campbell spoke to Boston.com about the organic, healthy meals he prepares for Brady and the entire family.
In this regimen, 80 percent of his recipes consist of vegetables and whole grains, with the chef explaining, "No white sugar. No white flour. No MSG."
Coffee, caffeine, fungus and dairy are also off-limits.
"[Brady] doesn’t eat nightshades, because they’re not anti-inflammatory. So no tomatoes, peppers, mushrooms, or eggplants," the chef added. The whole household also sticks to "gluten free for everything."
Brady added to this super diet when he spoke to ABC News in 2016, saying, "I don’t drink much alcohol" and it's "a lot of veggies, a lot of lean meats, nothing that’s going to set me back."
But with all the practicing, the games, the cheering and the missed outings with friends, Brady says he wouldn't have it any other way.
"I love what I do. I look forward to the season. I look forward to playing games. It doesn’t ever feel like work," he said.

Behind every good man…

What can't be overlooked in Brady's success is the support of his wife, Gisele, and his kids. Family is at the cornerstone of his persona.
Brady started dating the supermodel in 2006 and since then, she's clearly been his biggest fan through three league MVP awards, five Super Bowl wins and four Super Bowl MVPs.
And his family is there for him, as well.
Bundchen and her two kids with Brady, Vivian and Benjamin, and Brady's son John Edward from a previous relationship, are often seen either at the games cheering dad on or she's posting on social media about her favorite athlete.
Late last year, Bundchen posted a sweet photo of Brady and his little girl Vivian, captioned, "When they say little girls own their daddies. It’s true!! We are all cheering for you my love, have fun!" Who needs more inspiration that that to go out and give it your all?
And when the Pats made it to the Super Bowl yet again this year? Forget about it, Gisele was jumping for joy.
In a series of Instagram stories, she showed her support, cheering her husband on and even sharing Brady's postgame interview, where he thanked his wife and his family for his success, to which she replied, "I love you baby."
She'll certainly be supporting him yet again, as Brady takes the field Sunday at 6:30 p.m. for Super Bowl LIII.
Copyright © 2019, ABC Radio. All rights reserved.