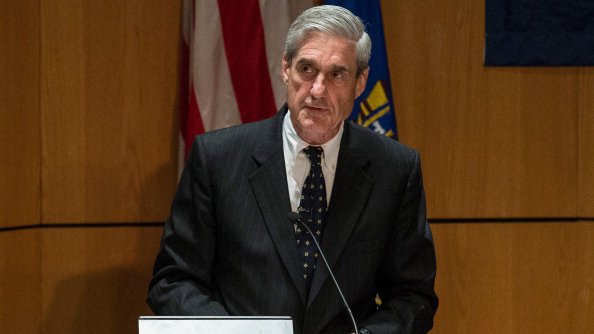 Andrew Burton/Getty Images(WASHINGTON) — Some “non-sensitive” material produced by special counsel Robert Mueller’s team in the discovery process for his case against alleged Russian trolls appears to have made its way online last fall, part of a “disinformation campaign aimed (apparently) at discrediting ongoing investigations into Russian interference in the U.S. political system,” according to a new court filing by the special counsel.
The material, uploaded by someone the FBI suspects was in Russia in October, included political memes that the special counsel said were likely available online, but also included a “non-public” file naming convention used by their office.
The Mueller material was mixed in with a trove of “junk” files online to make it look like that was all law enforcement had found in their investigation into the Russians, “an apparent effort to discredit the investigation,” the filing says. It does not say how the special counsel thinks the material made its way online but notes that there is no evidence the special counsel or any government servers were hacked. A vendor working for the defense team in the case, which also has access to the material, said they did not have indications of any unauthorized access on their end either, the filing says.
Under previous orders from the judge, sensitive material in the case is kept on its own system that is not connected to the internet.
The filing is the latest in the legal wrangling between Mueller’s team and Concord Management and Consulting, LLC, a Russian firm owned by Yevgeniy Prigozhin, a reported associate of Russian President Vladimir Putin. Concord is accused, along with 13 Russian individuals and two other business entities, of being part of a conspiracy to defraud the U.S. government through a scheme to create hundreds of false online personas who masqueraded as Americans while they aggressively sowed social and political discord during the 2016 presidential campaign. Concord is the only defendant to answer the charges in court and has pleaded not guilty.
The special counsel disclosed the apparent online leak as part of its argument against allowing Concord’s American attorneys to share sensitive information with individuals in Russia, including Prigozhin, as the attorneys have requested. The special counsel argued that sharing the information outside the U.S. could expose American secrets to the Russian government — a concern shared by legal and national security experts.
“Unwarranted disclosure of that information overseas, in a country adverse to this litigation, would allow that country and actors in that country to learn of these techniques and adjust their conduct, thus undermining U.S. national security interests, including investigations into the conduct of those foreign actors,” the special counsel’s filing says.
Wednesday’s filing also revealed the Mueller is apparently aware of more suspected Russian trolls still in operation. The filing argued that the sensitive information shouldn’t be shared outside the U.S. because some of the discovery “identifies uncharged individuals and entities that the government believes are continuing to engage in operations that interfere with lawful U.S. government functions like those activities charged in the indictment.”
Eric Dubelier, an attorney for Concord, has argued in filings that he needs to share the sensitive information with Concord employees, like Prigozhin, in order to mount an effective defense. Dubelier declined to comment for this report.
As part of protective measures ordered for the case in May 2018, the defense is allowed to share the sensitive information, but only if the individuals who want to see it come to the U.S. to do so. So far none of the accused Russians, who may be subject to arrest upon entering the U.S., have taken up that offer.