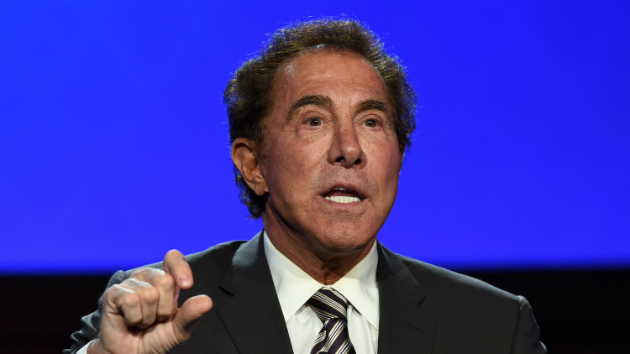 Ethan Miller/Getty Images(NEW YORK) — A number of senior executives at Wynn Resorts knew Steve Wynn had paid a $7.5 million settlement to a former manicurist who accused him of raping and impregnating her but failed to initiate an investigation, the Nevada Gaming Control Board said in a new report.
The 22-page document outlines a decade’s worth of sexual misconduct allegations against Steve Wynn with cocktail waitresses, spa employees and other women his company employed.
The board issued its findings at the same time Wynn Resorts announced a proposed settlement, the first time the company has acknowledged the improper response to Wynn’s alleged conduct by executives.
"The completion of the NGCB's investigation of the response of certain employees to allegations against our founder and previous CEO Steve Wynn is an important remedial step," Wynn Resorts Ltd. said in a statement. "Upon learning of the extent of the allegations, the new leadership of Wynn Resorts took immediate actions to ensure an open and safe work environment for all employees and made dramatic changes at every level of key decision-making in the company."
Wynn stepped down as chairman and CEO of Wynn Resorts on Feb. 6, 2018 and has since sold all of his shares in the company. He was paid no severance.
Wynn Resorts touted the election of three women to the board of the directors and said any employee who was aware of the allegations against Steve Wynn and took no action is no longer employed by the company.
Wynn Resorts agreed to pay a fine and the Nevada Gaming Control Board agreed not to revoke or limit the company’s licenses to operate Las Vegas casinos, according to the proposed settlement document.
Copyright © 2019, ABC Radio. All rights reserved.