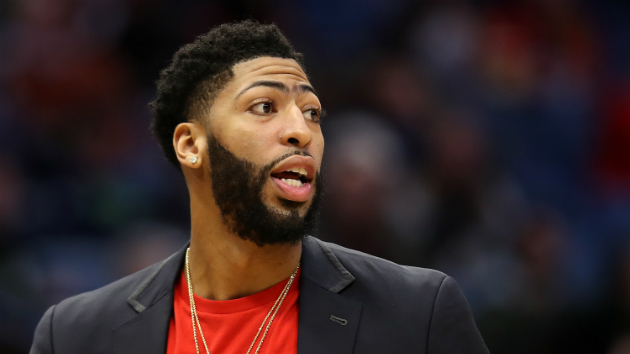 Chris Graythen/Getty Images(NEW ORLEANS) — The NBA has fined New Orleans Pelicans forward Anthony Davis $50,000 after his agent announced publicly that Davis was interested in being traded to another team.
Davis’ agent, Rich Paul, told ESPN Monday that the 25-year-old basketball star "wants to be traded to a team that allows him a chance to win consistently and compete for a championship."
Paul said he told the Pelicans of his client’s intention to not sign an extension this summer.
Per the league’s collective bargaining agreement, players and their agents cannot request a trade publicly.
The NBA explained the fine in a statement, saying it is a result of comments made by Paul in “an intentional effort to undermine the contractual relationship between Davis and the Pelicans.”
Copyright © 2019, ABC Radio. All rights reserved.