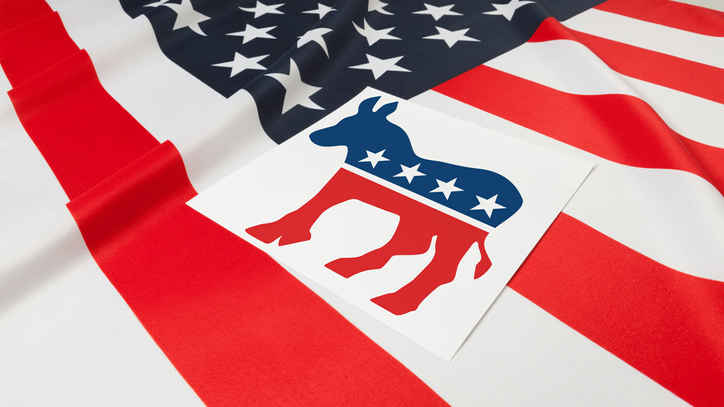 Niyazz/iStock(WASHINGTON) — When asked Monday evening during a CNN town hall in Des Moines, Iowa about how to assure Americans have access to affordable healthcare, and whether or not private insurance companies should be cut out of the system, Democratic presidential candidate Sen. Kamala Harris gave a direct and concise answer.
"I believe the solution — and I actually feel very strongly about this — is that we need to have Medicare for all. That's just the bottom line," Harris said to applause from a room filled with Iowa Democrats.
When pressed on whether or not she supports a plan, like the one originally co-sponsored by another possible 2020 contender, Sen. Bernie Sanders, that would eliminate private health insurance, Harris' answer was again unequivocal.
"Who of us has not had that situation where you've got to wait for approval, and the doctor says, well, I don't know if your insurance company is going to cover this," Harris said. "Let's eliminate all of that. Let's move on."
While CNN reported Tuesday night that Harris remains open to other solutions to the nation's healthcare woes — that include keeping the private insurance system intact — campaign aides sought immediately to re-iterate her support for "Medicare for all," as the best solution.
"Medicare for all is the plan that she believes will solve the problem and get all Americans covered. Period," Harris' national press secretary Ian Sams told CNN, in comments later confirmed by ABC News. "She has co-sponsored other pieces of legislation that she sees as a path to getting us there, but this is the plan she is running on."
Harris' healthcare comments have sparked a range of reaction across a Democratic Party and signal the prominent and divisive role that healthcare promises to play in a field of contenders that is just now starting to take shape more than a year out from the Iowa caucuses.
Former Starbucks CEO Howard Schultz, a one-time Democrat whose announcement that he may seek the presidency as an independent centrist candidate has made him the target of intense scorn from many in the party, labeled Harris' call to eliminate private insurance companies "not American."
"You just played Sen. Harris as saying she wants to abolish the insurance industry. That's not correct, that's not American," Schultz said Monday in an interview on CBS This Morning, "What's next? What industry are we going to abolish next, the coffee industry?"
Lily Adams, Harris' communications director, responded to Schultz's comments on Twitter, writing, "Attacked by billionaires for fighting to make sure every American has health care. What a shock."
When asked about his support for a Medicare-for-all healthcare system, former New York City Mayor Michael Bloomberg, who is also considering a run for the Democratic nomination in 2020, said eliminating private insurers would "bankrupt" the country.
"I think you could never afford that. You’re talking about trillions of dollars," Bloomberg said during a visit to the first-in-the-nation primary state of New Hampshire on Tuesday, "I think you can have Medicare for all for people that are uncovered … but to replace the entire private system where companies provide health care for their employees would bankrupt us for a very long time."
Critics of the system also point to studies that show a Medicare-for-all system would cost upwards of $32.6 trillion, while supporters point to the massive sums of money Americans already spend on healthcare under the current system.
According to data from the Center for Medicare and Medicaid studies, which operates under the Department of Health and Human Services, healthcare costs in the United States reached $3.5 trillion in 2018 and were expected to reach $5.7 trillion by the year 2026.
But while Shultz and Bloomberg, two billionaires who trend more toward the fiscally conservative side of Democratic politics, offered criticism, an array of other top Democrats — who have launched or are thought to be considering a 2020 bid — have signaled strong support for Medicare for all.
Sens. Cory Booker of New Jersey, Kirsten Gillibrand of New York and Elizabeth Warren of Massachusetts have all backed the policy, while Sanders — who made the issues a central theme of his 2016 presidential campaign — calls it the "only long-term solution to America's health care crisis is a single-payer national health care program.
Former Vice President Joe Biden, who continues to be the subject of intense speculation over his 2020 plans, has not given a definitive answer on whether or not he supports a Medicare-for-all system.
According to polling done by the nonpartisan Kaiser Family Foundation, public support for a Medicare-for-all system has steadily increased over the last two decades, with 56 percent of Americans expressing support for a national healthcare plan where people would get their insurance from a government plan.
However when told that the system could result in higher taxes or delays in care, support for the plan dipped significantly to just 26 percent and 37 percent, respectively.
Meanwhile, Republicans seem to see the squabble as lucrative fodder to show Americans that Democrats are out of step with voters on healthcare.
"Harris’s radical plan is gaining significant traction within her party and is quickly becoming a litmus test for their liberal base," according to a news release from the National Republican Congressional Committee that went out to 52 targeted U.S. House districts the party is hoping to flip in 2020.