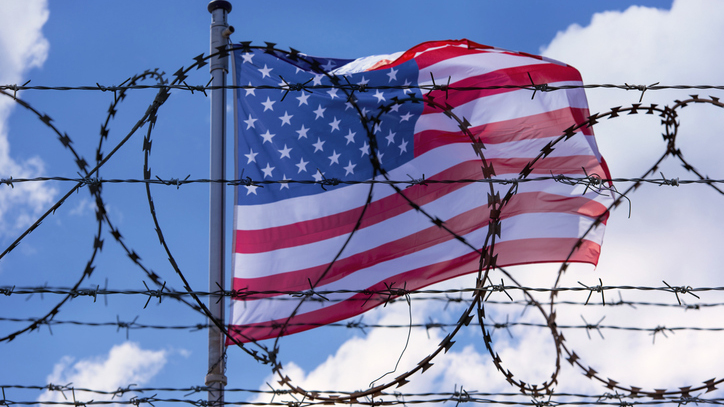 AlxeyPnferov/iStock(WASHINGTON) — Undocumented immigrants who were fired from Trump National Golf Clubs after revealing their immigration status say they suffered physical and verbal abuse while employed there, and now fear deportation and retaliation after their employment was terminated.
Four of those undocumented workers were on Capitol Hill Tuesday to meet with Sen. Bob Menendez, a Democrat from New Jersey, where one of President Donald Trump’s golf clubs is based.
The firings highlight the disconnect between Trump’s businesses demonstrably relying on undocumented workers while the president himself relentlessly crusades against allowing undocumented immigrants into the country — even shutting down the government over his demands for a border wall along the U.S.-Mexico border.
“I applaud the courage of these hardworking immigrants," Menendez said in a statement. "The hardships they experienced while working for Trump National speaks volumes about President Trump’s hypocrisy, when he rails against immigrants while simultaneously exploiting their status and labor to enrich himself.”
The employees with which Menendez met were fired after publicly revealing their immigration status, and are now “living under constant fear of being subjected to deportation or other retaliation by the Trump administration,” according to a press release from Menendez’s office.
"We are hard workers and all we care about is working," Margarita Cruz, a former housekeeper at the Westchester club told ABC News on Wednesday. "We are hoping that maybe someday we’ll have some sort of work permit.”
Some of the workers allege that they were provided false identification documents by their employers. Others allege that they were encouraged by their employers to provide false identification documents.
They also claim that they suffered verbal and physical assault from Trump property supervisors — and were repeatedly threatened with deportation while on the job.
An aide to Menendez told ABC News that the workers say that it was common knowledge that they were undocumented.
The fired workers also claimed to Menendez' staff that there are more immigrants without legal status currently working for the Trump National Golf Club in Bedminster, N.J.
Trump Organization officials did not immediately respond to ABC News requests for comment.
About a dozen undocumented workers from Latin America employed by the Trump National Golf Club in Westchester County, N.Y. were fired on January 18 because of their immigration status, The Washington Post reported.
Trump Organization officials have said that they plan to institute E-Verify, a federal program that allows employers to check if new hires are legally allowed to work in the U.S., at every one of its golf clubs, hotels and resorts, according to the Washington Post.
During the 2016 presidential campaign, candidate Donald Trump claimed that his businesses already used the system and proposed a federal mandate that all companies do the say.
In an interview with the Washington Post, Eric Trump said that the family business has begun implementing stricter employment standards in the wake of news reports exposing dozens of undocumented workers at the president's properties.
“I must say, for me personally, this whole thing is truly heartbreaking," Eric Trump told the Post.
That comment surprised some of the immigrants who met with Menendez.
"I don’t know why he feels like that, because after so long seeing us, and like — without notice — like, go talk to us — just fired us like garbage, why does he feel like that?” Gabriel Sedano, a 14-year employee of the Trump National Golf Club in Westchester County, N.Y., who was among those fired, told ABC News in an interview on Wednesday.
A lawyer representing Sedano and dozens of other undocumented workers who are former Trump employees told ABC News that his clients are witnesses to a federal crime and should be protected.
"They understand that, indeed, they are material witnesses to a federal crime and any attempt to try to remove them from the United States could be considered obstruction of justice," attorney Anibal Romero said.
"In the United States… even though you are undocumented, the law protects undocumented immigrants when they are victims of a crime," he added.
Menendez said he intends to defend the dismissed former Trump property employees.
“I plan to lend my voice to raise awareness about the plight of these and other immigrants working in such a hostile environment and support oversight efforts and investigations on this matter,” Menendez said.
“I believe that any attempt to try to affect [the workers'] status during this period of time could be considered obstruction of justice at the end of the day.”
Menendez said he plans to follow up with the relevant federal agencies to raise his concerns while those agencies look into the matter, one of the senator's aides told ABC News.
“The workers have material information and we are exploring ways to support them,” the aide said.