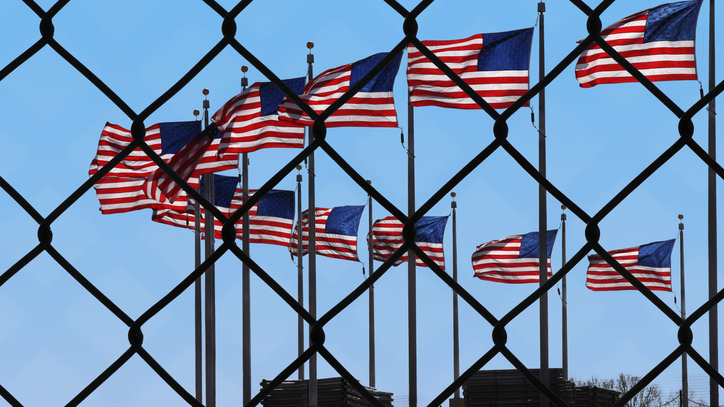 Brad Greeff/iStock(WASHINGTON) — With just 16 days before temporary government funding runs out once again for a quarter of the U.S. government, talks between House and Senate negotiators showed little sign of progress on the stickiest of issues: border wall funding.
The meeting lasted a little over an hour and then House members left town on Wednesday for another five days, with no new talks on the calendar. Aides to negotiators said staff would continue to work behind the scenes.
While the tone was notably more civil — a marked departure from the rhetoric of recent weeks — members largely talked at or past one another.
Democrats touted "smart border security," repeatedly pushing technological solutions over barriers.
"Smart border security is not overly reliant on physical barriers, which the Trump administration has failed to demonstrate are cost effective compared to better technology and more personnel," House Appropriations Chairwoman Nita Lowey, D-N.Y., said as she kicked off the conference.
She warned, "Every dollar spent on ineffective proposals means one less dollar invested in measures that actually keep us safe."
Republicans pushed for "physical barriers," though perhaps notably, very few uttered the word "wall."
"Smart technology is part of a comprehensive solution, but it is not the solution in and of itself," said Sen. Richard Shelby, R-Ala., Lowey's Senate counterpart. "Cameras, sensors, drones and other smart technology highlight the gaps and vulnerabilities along our border. In short, they provide a greater awareness of exactly where our insecurities lie along the border. But smart technology alone does not actually stop anyone from crossing into the U.S. illegally."
For his part, President Donald Trump continued to lobby for wall funding, tweeting hours before the bicameral meeting, "If the committee of Republicans and Democrats now meeting on Border Security is not discussing or contemplating a Wall or Physical Barrier, they are Wasting their time!"
But in one animated speech, Rep. Henry Cuellar, D-Texas, attempted to school his colleagues in what he said were the realities of life along the southern border.
"My home town of Laredo is safer than Washington, D.C.," he charged, adding that the per capita murder rate is far lower along the border than some of his colleagues' home states, like Alabama, West Virginia and Tennessee. "Two cities in my district are among the 12 safest cities in the nation."
Later, in a brief news conference, there was a possible sign of hope for a compromise. Though Lowey made clear that the Democrats' opening offer would not include funding for a border wall or barrier, she also said she wouldn't rule it out, stressing, "Everything is on the table."
But Lowey reiterated that any final solution would be narrow in scope, despite members clamoring for a larger immigration deal, legislative language to prevent any future government shutdown, an increase of the nation's debt limit and other policy add-on's.
It did not seem likely that there would be another public meeting of negotiators to hammer out a deal before Feb. 15, when temporary funding runs out. It was also not clear when a concrete legislative proposal would emerge.
And Lowey also offered a parting message for her fellow New Yorker Trump, "I would hope that if the president is going to contribute, it’s going to be in a constructive way."