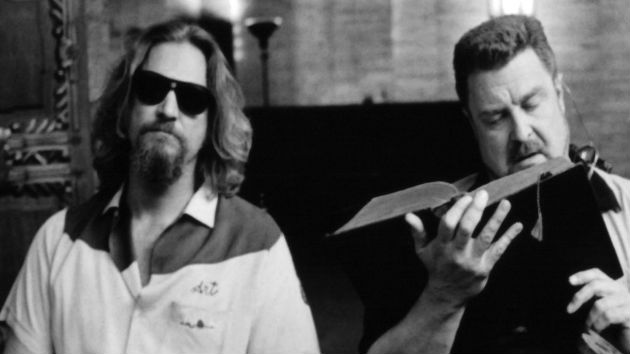 Photo by Michael Ochs Archives/Getty Images(ATLANTA) — At $5.24 million for the average 30 second commercial spot, the Super Bowl is too rich for the blood of most companies' ad budgets. But a combination of savviness and luck let French eyewear company Vuarnet piggyback right into one of the buzziest ad buys of the big game — and beer company Stella Artois footed the bill.

While Jeff Bridges' Jeffrey "The Dude" Lebowski saunters into the company's beer ad — which also stars Sarah Jessica Parker in character as her Sex and the City alter-ego Carrie Bradshaw — he's in the full slacker attire he made famous in the beloved Coen Brothers film.

Just as SJP is rocking her character's flamboyant fashion sense, Bridges is doing the same: wearing The Dude's trusty jelly sandals, a purple t-shirt under a well-worn Pendleton Westerly cardigan — and on his face, the vintage 60s-era Vuarnet 03 sunglasses he wore in the movie.

Shortly after asking for a "Stella Ar-toes" as opposed to his usual White Russian, The Dude takes the shades, folds them up against his goateed chin, and has a seat close to Carrie.

No doubt the subtle product placement might go unnoticed by most viewers, but such a high-profile appearance during the Big Game was no doubt a happy coincidence for the company. After all, more than 20 years ago, writer-directors Joel and Ethan Coen could have had The Dude wear any old glasses on set.

And while it's surprising The Dude would abide with shades that now cost $220 — considering in the opening moments of the movie he was skint enough to post-date a grocery store check for 69 cents — it's not surprising Vuarnet is capitalizing on their appearance in the Super Bowl ad by letting the public know The Dude's glasses are available online and at their flagship store in New York City.