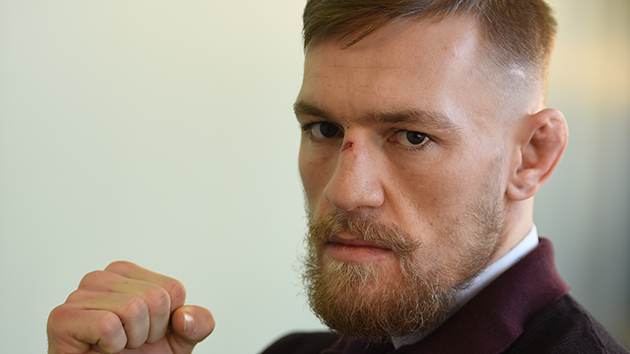 Photo by Joe Faraoni / ESPN Images(LAS VEGAS) — The Nevada State Athletic Commission voted unanimously to suspend UFC stars Conor McGregor and Khabib Nurmagomedov on Tuesday, in connection with their roles in an incident following an October fight at UFC 229.
Nurmagomedov will be suspended for nine months and fined $500,000 out of the $2 million purse from the October fight. Because the suspension is dated back to the October 6 fight, Nurmagomedov can return to UFC on July 6.
He can shorten his suspension by up to three months if he participates in a local anti-bullying campaign.
McGregor received a six-month suspension and a $50,000 fine.
Nurmagomedov reacted to the suspension on Twitter.
The scrum happened after Nurmagomedov lost to McGregor by submission in the UFC 229 fight. Nurmagomedov jumped from the Octagon and ran to McGregor's corner to confront McGregor's teammate Dillon Danis.
McGregor was restrained from leaving the Octagon, but threw punches with Nurmagomedov's cousin Abubakar Nurmagomedov and a teammate, Zubaira Tukhugov. Police eventually diffused the melee. No serious injuries or arrests were reported.