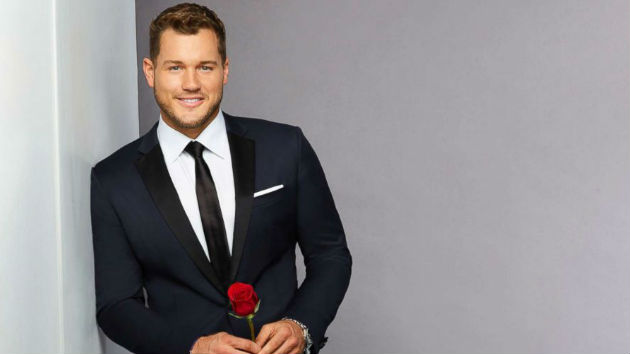 ABC/Craig Sjodin(LOS ANGELES) — On Monday’s episode of The Bachelor, two women buried the hatchet, while a new rivalry for Colton’s affections led to a “cancer” in the house.

The episode began with the ladies heading off to Singapore, where the first one-on-one date went to Tayshia. The pair conquered one of their biggest fears by bungee jumping for the very first time. After a relaxing day at the beach, Taysia faced another fear by revealing a failed marriage to her first boyfriend, whom she had been dating for six years. Tayshia assured Colton that she’d “learned a lot about what to look for” in a relationship and what was needed to make it work. It was the reassurance Colton needed to hear from the 28-year-old California native, and the date ended with Colton offering her the date rose.

Meanwhile, Hannah G., Elyse, Kirpa, Sydney, Heather, Onyeka, Tracy, Nicole, Demi, Courtney, Katie, Cassie and Hannah B. were invited to “get a taste of Singapore” with Colton. Left out and still trying to get over the events of last week, Caelynn called it “the most hurtful result that could have happened.”

The group toured the city’s markets and sampled the local cuisine, before visiting a leech therapy center. Hannah B. tried hard to get Colton’s attention, but with 12 other ladies trying to do the same, she seemed to have little success. When she finally got him alone, he reassured her that the rivalry between her and Caelynn didn’t bother him, as long as it didn’t interfere with his ability to explore both relationships. Colton ended the conversation by saying, “Today, I felt like I got my Hannah back.”

In a private moment with Colton, Demi told him that in addition to her “fun, bold crazy” side, there was another part of her personality that she was ready to show him. Demi, who revealed in the season premiere that her mother was in prison for fraud, said her mother had been released that week and Demi was dealing with a lot of stress. Colton appreciated her honesty, praising her for taking a painful situation and turning it into a positive.

At this point, all the girls had managed some alone time with Colton, except the shy and reserved Courtney, who couldn’t get up the nerve to approach him. Demi suggested that Courtney “get out of her own head.” Immediately after, Demi chatted up Colton a second time, adding to Courtney’s frustration, culminating in a heated argument between the two ladies. When the date was over, Demi finally got the coveted rose, leaving Courtney in tears and threatening to go home.

The next solo date went to Caelynn, who Colton “spoiled” with a lavish designer shopping spree. Hannah B. tried putting on her best face, but found it hard to hide her jealousy.

The mood of the date took a serious turn when Caelynn revealed that she was sexually assaulted four years earlier when she was in college. Colton assured Caelynn that she was safe with him, and she said she felt safe with him as well. She also thanked him for being so understanding. The date ended with a rose for Caelynn.

Caelynn put another ugly chapter of her life behind her when she and Hannah B. agreed to bury the hatchet and “put the past in the past.” They ended up hugging it out and “World War III was averted.”

However, the war between Demi and Courtney escalated after Demi warned Colton that Courtney was “the cancer of the house” and that he “shouldn’t have to waste any more time with her.” Later, Colton told Courtney that Demi had been badmouthing her. "If anyone isn't here for the right reason, it's Demi," she argued. "You could be anybody. The fact that you're the bachelor and the fact this is a TV show is the reason she's here." That left Colton to face his “worst nightmare“ — having to figure out which one was actually the cancer.

This victory went to Demi, who watched as Courtney — and another nemesis, Tracy — being sent home after the rose ceremony.