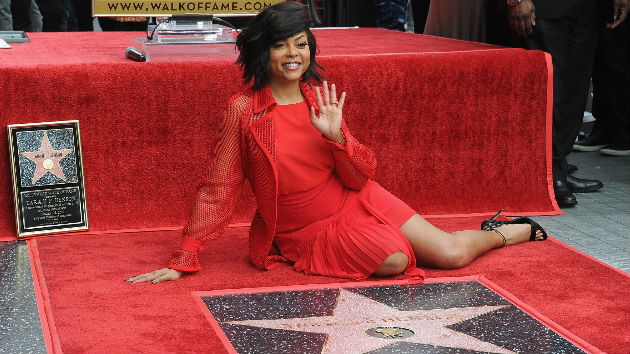 Honored in the category of motion pictures, Henson was joined by family and friends including her Baby Boy director John Singleton and Grammy-Award winning singer Mary J. Blige. In a passionate speech, Henson reflected on the importance of the moment.

"I just want to thank all the beautiful fans who came out today because you didn't have to, I can't reach all of you, but I want you to know you mean the world to me, because I wouldn't be here if it weren't for you," Henson said, fighting back tears.

"This is really surreal.. I keep… I keep looking at that star going, 'Is this real?'" she continued. "You know I imagined it. I've imagined it and here it is."

Henson, who currently plays Cookie Lyon on the popular FOX drama Empire, first rose to fame in 2001 when she starred alongside Tyrese Gibson in the 2001 Singleton-directed film Baby Boy.

Since then she's been featured in multiple blockbuster films including Hidden Figures, Hustle & Flow, and alongside Brad Pitt in The Curious Case of Benjamin Button — a performance that earned Taraji a Best Supporting Actress Academy Award nomination.

Up next, Henson will star in Paramount's What Men Want, which hits theaters on February 8.