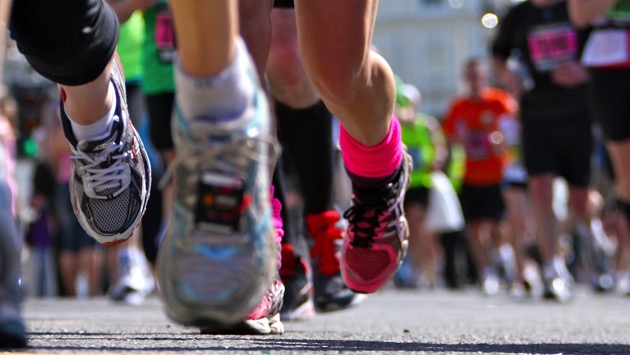 caronwatson/iStock(NEW YORK) — Jasmin Paris is the first woman to ever win the Montane Spine Race, a grueling 268-mile nonstop race along England's mountainous Pennine Way.
Paris, 35, smashed the course record by more than 12 hours in her victory this year, winning it in 83 hours, 12 minutes and 23 seconds. She did it while stopping to pump breast milk for her 14-month-old daughter, Rowan.
Paris, a veterinarian who lives in Scotland with her daughter and husband, explains in her own words here why she took on the grueling race and what she hopes women, her daughter included, take away from her win.
I got back to racing fairly quickly after my daughter was born, and won the British Championships — a series of three races — beginning just five months after she was born.
However, I still wasn’t matching my previous running form, and as the dark winter months approached my motivation took a nose dive.
Knowing I needed something to inspire me and force me out of bed after those interrupted nights, I signed up for a race I’d vowed I would never run, the 268 mile non-stop Montane Spine Race along the Pennine Way.
I had planned to wean my daughter after her first birthday, so that I wouldn’t need to worry about breastfeeding during the race. But then she contracted two viral infections back-to-back over Christmas and refused to take anything except breast milk for five days.
As a result, weaning took a big step back, and I found myself in the week prior to the race still regularly offering my breast. Luckily I’d already built up a store of frozen expressed milk for her in the freezer, so it was really only my own comfort and health I had to worry about during the race.
So I packed a breast pump in my drop bag and added an extra task to my checkpoint "to do" list, reminding myself to express milk as well as change head-torch batteries, restock food and swap socks.
I think I surprised everyone at the first checkpoint when I pulled the pump out and started to express. But there was no drama, and I never felt uncomfortable about it.
Naturally however, my competitors didn’t hang around waiting for me to finish, and I had to hurry up the hill behind them in order to make up the extra time I’d spent in the checkpoint.
Interestingly, my milk supply decreased dramatically during the course of the race (it has since increased again, so this was just temporary). As a result, expressing at later checkpoints took very little time, and was hardly a handicap at all.
I feel proud and very fortunate to have been able to breastfeed my daughter. Expressing milk during the race was a natural part of making that possible, whilst allowing me to fulfill my own ambitions and dreams.
I think it is important to maintain a sense of your own identity and purpose after having a baby. It will make you happier and better equipped to deal with the inevitable challenges that a small child brings. In my case, I’ve achieved this through running and time spent in the hills and mountains.
I’m overwhelmed by the response my race has received. It’s been incredible, far beyond anything I could have imagined.
I knew people were tracking my progress, and that was a huge source of inspiration for me during the race, as was the knowledge that my daughter would be waiting for me at the finish line.
I hope for my daughter to grow up happy and kind, and to believe she can do anything she sets her heart on.
If this race helps to inspire her and others to do that, I consider it a job well done.
Copyright © 2019, ABC Radio. All rights reserved.

Warm air spreading across Central and Eastern US with record highs possible
NFL hires Maia Chaka as 1st Black female on-field official
‘Pharmacy deserts’ are new front in the race to vaccinate for COVID-19
Winners of PennDOT District 2 Innovations Challenge are from State College
Meet Kathy Hochul, the woman who could succeed Cuomo if he leaves office
Supreme Court wrestles with voting rights and race discrimination