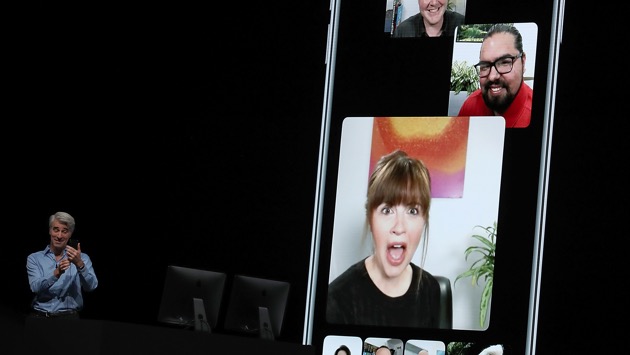 Justin Sullivan/Getty Images(NEW YORK) — Apple has temporarily disabled its Group FaceTime app after the discovery of a bug raised privacy concerns.
Multiple tech outlets reported on Monday that iPhone users had been able to listen in on the person they were calling via FaceTime without the recipient accepting the call.
On Monday night, Apple said on its System Status page that Group FaceTime is temporarily unavailable, suggesting the feature was taken offline after the reports.
"We're aware of this issue and we have identified a fix that will be released in a software update later this week," an Apple spokesperson said in a statement to ABC News.
ABC News' "Start Here" podcast team was able to replicate the issue when Group FaceTime, which was introduced with iOS 12.1 in October, still was online.
Here's how it worked: An iPhone user would call someone using FaceTime, tap "Add Person" and add their own phone number. Without the recipient answering the phone, audio from the other user's phone then streamed to the caller.
If the recipient hit the phone's power button, thinking the call had been declined, another curious bug kicked in: The recipient's audio cut out, but the caller could suddenly monitor that person's camera.
If you're running iOS 12.1 or later and want to disable FaceTime until there's an update, go to Settings on your iPhone, tap Facetime, and toggle it off.