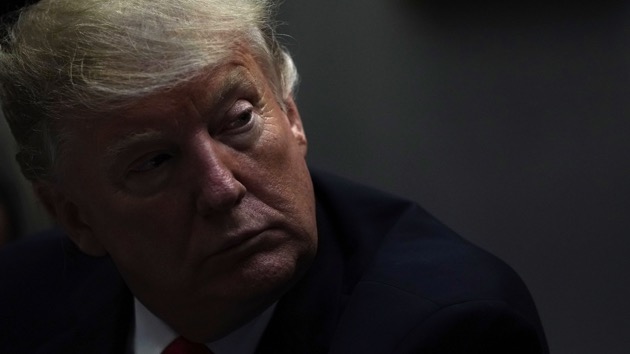 Alex Wong/Getty Images(WASHINGTON) — America's top intelligence officials were on Capitol Hill Tuesday, testifying about what they see as the gravest threats facing the U.S., and were expected to highlight strategic concerns about Russia and China, which they contend are "more aligned" than during the Cold War, while the U.S.-led Western order weakens.
They warned that some of America's greatest allies are distancing themselves from the United States due to the U.S. government's latest positions on an array of global issues.
"Threats to U.S. national security will expand and diversify in the coming year, driven in part by China and Russia as they respectively compete more intensely with the United States and its traditional allies and partners," the newly published 2019 Worldwide Threat Assessment warned. "At the same time, some U.S. allies and partners are seeking greater independence from Washington in response to their perceptions of changing US policies on security and trade and are becoming more open to new bilateral and multilateral partnerships."
The Senate Intelligence Committee was hearing testimony from the heads of America's spy agencies: Director of National Intelligence Dan Coats, CIA Director Gina Haspel, FBI Director Christopher Wray, National Security Agency Director Gen. Paul Nakasone, Defense Intelligence Agency Director Gen. Robert Ashley and National Geospatial-Intelligence Agency Director Robert Cardillo.
"The objective of our enemies has not changed — they want to see the United States weakened, if not destroyed. They want to see us abandon our friends and allies. They want to see us lessen our global presence. They want to see us weak and divided," GOP Sen. Richard Burr, the committee chairman, said as the hearing began.
The briefing also was expected to highlight concerns about cybersecurity, competition in space and terrorism, among other topics.
"At present, China and Russia pose the greatest espionage and cyber attack threats, but we anticipate that all our adversaries and strategic competitors will increasingly build and integrate cyber espionage, attack, and influence capabilities into their efforts to influence US policies and advance their own national security interests," the threat report said.