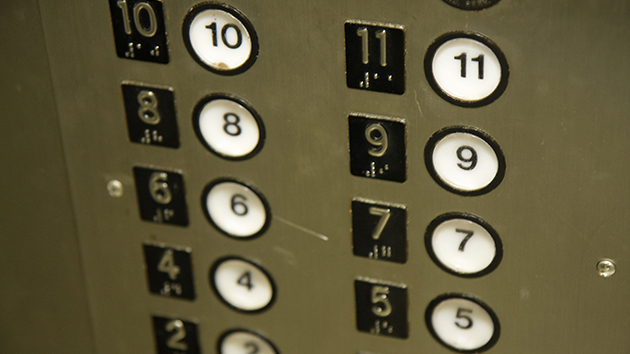 Jeffrey Greenberg/UIG via Getty Images(NEW YORK) — A woman was rescued Monday morning after spending three nights trapped inside a New York City elevator, according to the New York Fire Department.
The 53-year-old woman, a cleaning employee from Queens, became stuck between the second and third floors while working in a private townhouse on Manhattan's Upper East Side on Friday.
Firefighters forced open the elevator's doors just after 10 a.m. Monday and the woman was taken to a hospital, the FDNY said.
The woman, who did not have a phone with her, was at the home alone on Friday and all weekend, according to authorities.
The apartment owner arrived Monday morning and called for help, authorities said.
The townhouse is owned by Warren Stephens, an investment banker, according to property records.
Stephens did not immediately respond to ABC News' request for comment.
Officials from New York City's Department of Buildings have issued an aggravated violation for failure to provide access to inspectors, according to a spokesperson for the Buildings Department. Additional actions may be issued, the spokesperson said.