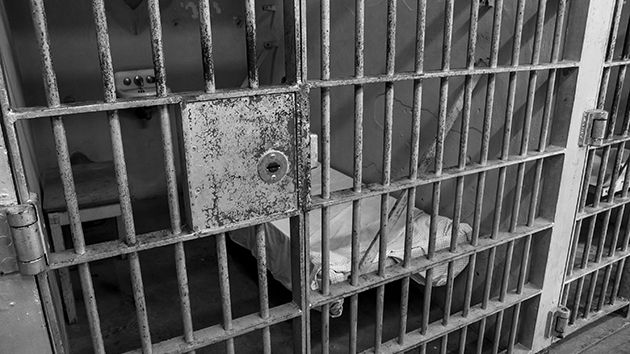 txking/iStock(MOSCOW) — A suspected art thief was caught by police in Moscow after video footage showed a man simply taking a painting off of a wall in the middle of a gallery and walking out the door as onlookers confusedly looked on.
The painting, "Ai-Petri. Crimea" by Russian landscape painter Arkhip Kuindzhi, which was done in 1908 and depicts a mountainous landscape, was on display at Moscow’s Tretyakov Gallery when the thief struck on Sunday.
Remarkable video footage published by the Russian Interior Ministry shows a man removing the painting from a wall in the gallery in front of dozens of onlookers on Sunday.
He then walks out the front door with the artwork under his arm.
The picture is estimated to be worth 12 million rubles ($181,000), Vladislav Kononov, director of the museum department of the Ministry of Culture, told Russian news network TASS.
Russian authorities were alerted to the theft, and the suspect was caught soon after. The painting was discovered by a construction site nearby. The painting was not damaged and will be delivered back to the Tretyakov Gallery Monday evening, but it will not be exhibited again, the general director of the gallery Zelfira Tregulova told Interfax.
"As a result of operational search activities, officers of the Moscow Criminal Investigation Department, as well as the Main Directorate of the Criminal Investigation Department of the Ministry of the Interior of Russia, in cooperation with the FSB of Russia, detained a suspect in the theft of Kuinji's painting," a Russian Interior Ministry spokesperson said.
"A 31-year-old man suspected of theft was detained in the village of Zarechye, Moscow Region," she continued. "The picture was discovered by police on the site under construction in the Odintsovo district. According to preliminary data, the crime was committed out of mercenary motives."
The suspect had previously been detained by Moscow Police on drug charges in December, and an investigation has been launched into "possible accomplices," the spokesperson added.
TASS also obtained video footage of the suspect’s arrest.
When asked where he had been on Sunday afternoon, the suspect replied, "I don’t remember really. It is necessary to refresh the memory."
Russian Culture Minister Valdimir Medinsky has ordered a comprehensive inspection of the gallery’s security systems after the theft, according to Interfax.