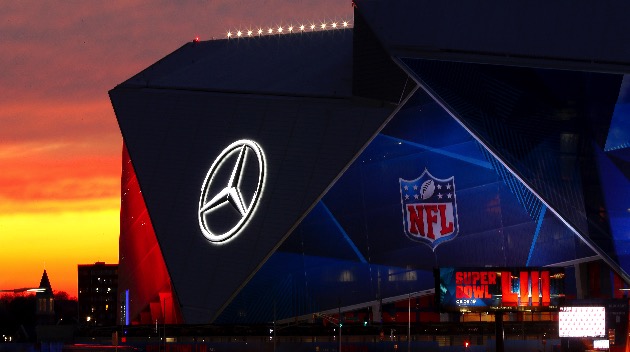 Justin Heiman/Getty Images(NEW YORK) — Americans are expected to wager a huge sum of money on the biggest football game of the year, according to a survey by the American Gaming Association.
The survey results released Monday say Americans will bet an estimated $6 billion — legal and illegal — on Super Bowl LIII between the New England Patriots and the Los Angeles Rams.
Last year, the U.S. Supreme Court made it possible for states outside Nevada to authorize sports betting when it struck down the Professional and Amateur Sports Protection Act of 1992. This year's Super Bowl will be the first NFL title game since legal sports books began showing up in states other than Nevada, according to ESPN.
“The interest in legal, regulated sports betting in the United States has never been higher,” said Bill Miller, the American Gaming Association's president and chief executive officer. “More Americans than ever before will be able to place their bets with legal sportsbooks now operating in eight states, generating valuable revenue for state, local and tribal governments and increasing fan engagement with the game."
But even with the existence of more legal betting pathways (eight states now offer legal, regulated sports betting), the trade group's survey results say 1.8 million people still plan to bet illegally through a bookie.
Almost 10 percent of Americans surveyed generally plan to bet on the Super Bowl, with 52 percent of that group betting on the Rams and 48 percent planning to put their money on the Patriots.
Despite the survey's indication that more betting Americans are backing the Rams, ESPN reports the Super Bowl at Las Vegas sportsbooks show more "betting action" for the Patriots. On Sunday afternoon, more than 80 percent of money wagered on the Super Bowl at Caesar's Palace was on the New England Patriots. Other Las Vegas sportsbooks, including MGM Resorts also report the Patriots are receiving the lion's share of the Super Bowl wagers.
Super Bowl LIII kicks off at Mercedes-Benz Stadium in Atlanta on Sunday, Feb. 3 at 6:30 p.m. ET.
Copyright © 2019, ABC Radio. All rights reserved.