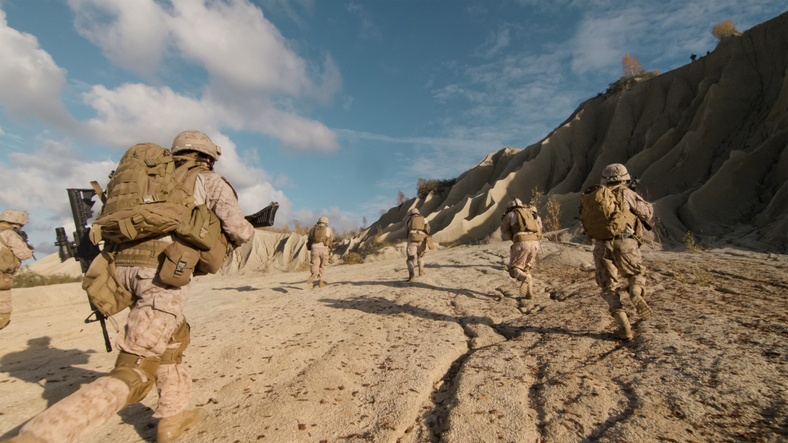 gorodenkoff/iStock(WASHINGTON) — Top U.S. and NATO defense officials are encouraged by the recently concluded U.S. talks with the Taliban that could lead to a peace settlement in Afghanistan and the possible withdrawal of American troops.
The lead U.S. negotiator in the talks told the New York Times on Monday that the talks have resulted in the "framework" of a deal where the Taliban would guarantee that Afghan territory would not be used by terrorists. In return for an American troop pullout, the U.S. wants the Taliban to agree to a ceasefire and to negotiate directly with the government of Afghanistan.
Acting Defense Secretary Pat Shanahan described the six days of talks in Qatar as "encouraging conversations."
"I’d say really right now the takeaway is encouraging," Shanahan told reporters Monday, prior to his meeting at the Pentagon with NATO Secretary General Jens Stoltenberg.
The NATO chief also provided an optimistic take on the talks, but cautioned that discussion of troop withdrawals from Afghanistan is premature.
"I think it's a bit too early to speculate because what we have to do now is support the efforts to try to find a peaceful solution," Stoltenberg said, when asked if the talks included the withdrawal of NATO troops from Afghanistan. "We strongly support those efforts."
Shanahan told reporters that he had not been tasked by the Trump administration to begin preparations for a full withdrawal from Afghanistan. ABC News has previously reported that the Trump administration plans to withdraw as many as 7,000 of the 14,000 U.S. troops in Afghanistan. There are an additional 8,000 troops from 38 other countries participating in the train-and-advise mission to help Afghan security forces in their fight against the Taliban and the Islamic State.
The basics of what was agreed to in those talks were provided by lead U.S. negotiator Ambassador Zalmay Khalilzad in an interview with the New York Times.
“We have a draft of the framework that has to be fleshed out before it becomes an agreement,” Khalilzad told the New York Times in Kabul, where he was briefing Afghan president Ashraf Ghani. “The Taliban have committed, to our satisfaction, to do what is necessary that would prevent Afghanistan from ever becoming a platform for international terrorist groups or individuals.”
But the likelihood of a final deal with the Taliban remains unclear, given that the Taliban has long maintained it will not negotiate with the Afghan government, a key U.S. position.
Direct U.S. talks with the Taliban began last year, the culmination of sporadic contacts with the insurgent group in recent years.
In his tweets Khalilzad said "we will build on the momentum and resume talks shortly," but added that a deal must include "an intra-Afghan dialogue and comprehensive ceasefire."