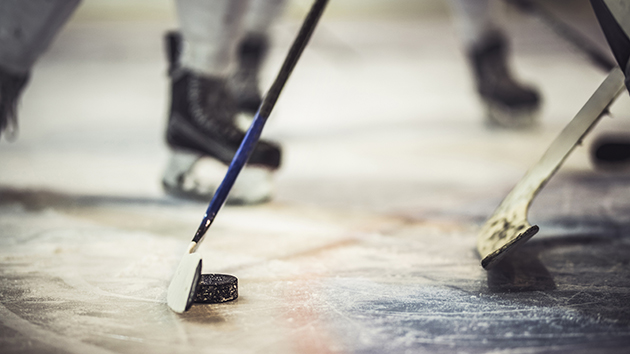 skynesher/iStock(SAN JOSE, Calif.) — The NHL will track player and puck movement next season, commissioner Gary Bettman announced Friday from All-Star Weekend in San Jose.
Currently, the NFL is the only pro sports league in North America that uses wearable tracking technology.
It's unclear when the league will implement this technology. Bettman says testing continues and the league is gathering feedback from players, teams and broadcasters.
ESPN reports that the technology involves micropchips created by German company Jogmo World Corp., which are inserted into players' shoulder pads and encased in specially designed pucks. Antennas use radio frequencies to track the motion of the microchips.
Ideally, the technology would allow broadcasters to have more detailed real-time statistics. The league has tested this technology at the 2018 All-Star Game and will test it again this weekend. Testing has also been done at the New Jersey Devils and Las Vegas Golden Knights arenas.
Copyright © 2019, ABC Radio. All rights reserved.