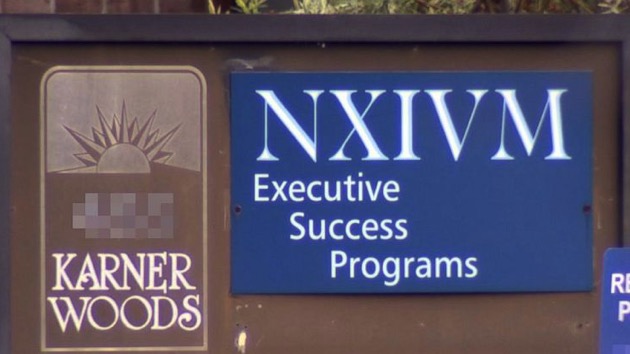 ABC News(NEW YORK) — A federal judge in Brooklyn has ordered members of the alleged sex cult Nxivm into court to discuss "issues" with the fund paying for their legal defense.
In a brief order, Judge Nicholas Garaufis directed the defendants to appear Monday "to address issues it has identified" with the irrevocable trust established by Seagram's heiress Clare Bronfman.
Prosecutors raised questions about the trust and whether Bronfman, who is charged with racketeering conspiracy and conspiracy to commit identity theft, established it in order to exert control over her fellow members of Nxivm.
The judge reviewed who contributed to the fund, how much money it has and whether there are conflicts in a trust established by one defendant that's meant to aid all six.
Prosecutors have portrayed Nxivm as a cult that advertised itself as self-help for professional women but brainwashed them, branded them with a symbol representing the initials of founder Keith Raniere and coerced them into sex.
Raniere, Bronfman and Smallville actress Allison Mack are among the defendants who have pleaded not guilty and are scheduled for trial in April.
Copyright © 2019, ABC Radio. All rights reserved.

Texas doctor discusses firing over alleged COVID-19 vaccine theft: ‘I did what I believe was expected’
Federal judge’s ruling allows deportations to continue despite Biden’s attempt at pause
Ahmaud Arbery’s mother files federal lawsuit against 3 men accused of killing son
And Just Like That… Chris Noth hints Mr. Big could be heading to the ‘Sex and the City’ reboot
Supreme Court rejects Trump attempt to shield taxes from Manhattan District Attorney’s Office
‘And Just Like That…’ Mr. Big will not appear in ‘Sex and the City’ reboot