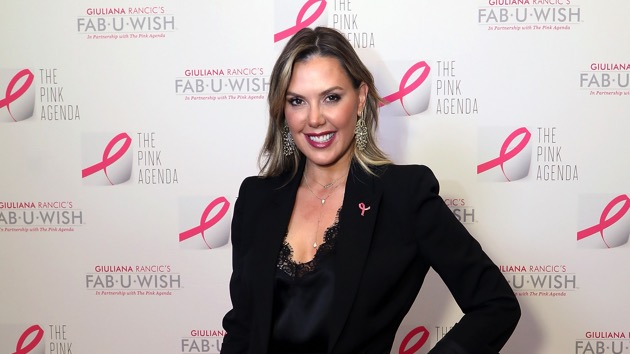 Anna Webber/Getty Images for The Pink Agenda
Posted on January 28, 2019 by ABC News

Anna Webber/Getty Images for The Pink Agenda(NEW YORK) — Austin, Texas, is not only the home to famous jewelry designer Kendra Scott, it's also the inspiration behind her business.
So when an editor told Scott, "You can't be a real fashion brand if you’re not in New York City," Scott began to second guess her location choice.
“I remember thinking, 'Well, I just started this company. Maybe I can’t make this work out of Austin, Texas,'” Scott said in an interview with ABC News’ chief business, technology and economics correspondent Rebecca Jarvis.

Leaving her home in Austin to make jewelry in New York City would become the worst advice Scott ever received. Fortunately, she never took it.
“I loved Austin, it was such a creative city and it is a community that really supports small business.”

Kendra Scott's 'American dream story'
In 2012, Scott created her first jewelry collection in the spare bedroom of her Austin home, stringing beads together with the $500 she had saved up. She described her entrepreneurial experience as “an American dream story.”
“I didn’t have formal training. I didn’t finish college. I mean, really, all the things that people said you have to do to have a successful business, I didn’t do the right way,” Scott said.
As a new mother, Scott wasn't ready to give up her home or her dream of creating her business in Austin. Instead, she bet on herself and her love of her city, and it paid off.
Despite the naysayers, Scott combined her love for her city with her outgoing and entrepreneurial spirit to create a billion-dollar fashion brand with over 75 storefront locations and a major online presence.
"Austin has become such a big part of our brand and we have a very unique perspective of our design because we’re influenced by this really cool city that we live in," she said. "It really has given us an advantage."
She has been featured in Forbes List of Wealthiest Women, and continues to expand her jewelry brand to include home decor and decorative items.
"I kind of colored outside the lines and I think for a lot of women, and people out there, anything is possible when you believe and you surround yourself with people that also believe in you," Scott said.
You can hear more of Scott's interview on ABC Radio’s “No Limits with Rebecca Jarvis” podcast.
Copyright © 2019, ABC Radio. All rights reserved.