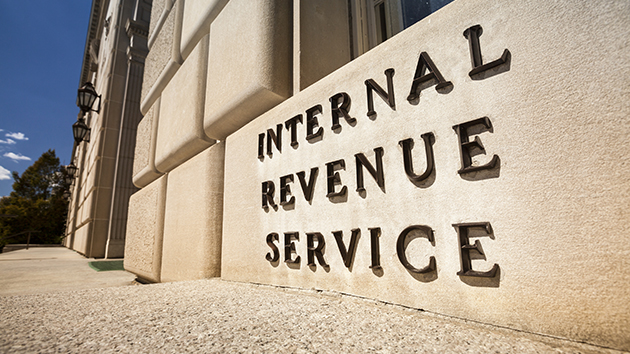 Pgiam/iStock(WASHINGTON) — Hundreds of thousands of federal government employees headed back to work Monday, and their back pay is on the way, but it could be a while before it's back to business as usual.
For example, congressional sources estimate it will take at least a year for IRS to recover from unanswered taxpayer questions and other work that piled up during the shutdown.
The backlog of unanswered letters to IRS increased to five million pieces of mail during the shutdown and IRS is still receiving more than 700,000 pieces of a mail a day. The IRS told members of Congress last week that more than half of employees called back to work to start processing tax refunds couldn't go back to work due to financial difficulties or were unreachable.
The IRS also told members of Congress 25 information technology staff left to look for other jobs every week during the shutdown.
Meanwhile, federal workers are expected to receive back pay from the 35-day government shutdown by later this week, though the exact timeline varies by agency. At some departments, payroll staff worked through the weekend to start processing checks for more than 800,000 employees who were furloughed or worked without pay during the shutdown.
Some of those employees have said they're already worried about the possibility of another shutdown in three weeks, when the temporary budget agreement between the president and Democrats in Congress is set to expire.
Employees at several agencies are being told to expect money in their accounts by Thursday, Jan. 31 — including the Transportation Security Administration, U.S. Coast Guard, Environmental Protection Agency, and Department of Housing and Urban Development.
National Park Service employees should also get their first paycheck with back pay on Wednesday and the rest on Friday, but many NPS staff were being paid the last several weeks after the agency announced it would tap into reserve funds to keep parks open.
Agency leaders welcomed their employees back on social media and in person as many came back to the office for the first time in weeks.
While the government officially reopened over the weekend, the Smithsonian museums and National Zoo are set to reopen on Tuesday and some national parks in remote areas may need more time to remove snow or ice before visitors can enter safely.
Federal workers will also have some logistical hurdles on their first day back at work. Some agency heads tweeted that extra resources and IT support would be available to help employees who couldn't access their computer or email during the shutdown and may now be locked out due to expired passwords.
Copyright © 2019, ABC Radio. All rights reserved.