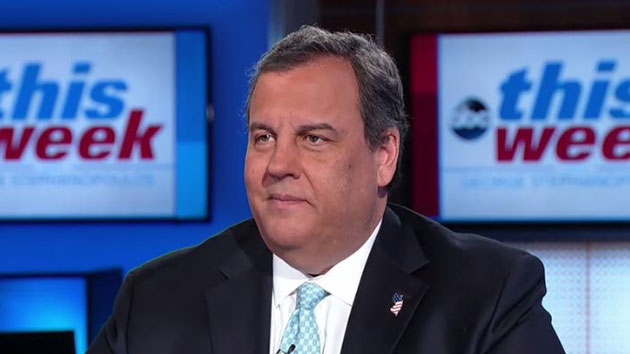 ABC News(NEW YORK) — Former New Jersey governor and ABC news contributor Chris Christie called special counsel Robert Mueller's indictment of longtime Trump friend Roger Stone filed Thursday night is "pretty damning."
"Listen, I think if he decides to go to trial, he's in very, very grave danger," Christie, a former U.S. attorney, told George Stephanopoulos on "This Week" in his first interview promoting his new book "Let Me Finish: Trump, the Kushners, Bannon, New Jersey and the Power of In-Your-Face Politics."
"Everyone is presumed innocent, George, and so is he, but the indictment, I think, is a pretty damning indictment," he said.
Stone was arrested early Friday at his Fort Lauderdale, Florida, home after the special counsel filed a seven-count indictment against him as part of an ongoing probe into Russian interference in the 2016 U.S. presidential election. The indictment includes five counts of making false statements to Congress, one count of obstruction of an official proceeding and one count of witness tampering.
Stone said in a press conference following his first court proceeding that he would plead not guilty to the charges and that he looks forward to "being fully and completely vindicated." The longtime Trump friend also accused Mueller of leading a "politically motivated investigation."