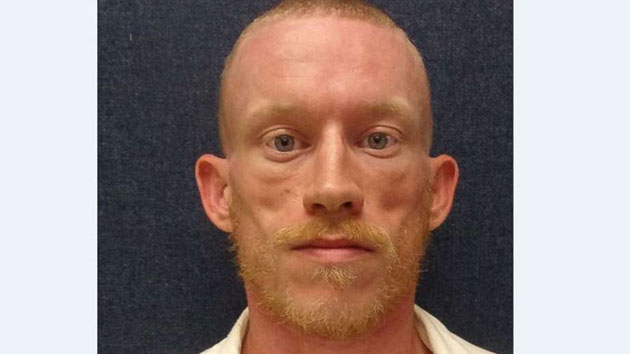 Alabama Department of Corrections
Posted on January 27, 2019 by ABC News

Alabama Department of Corrections(NEW YORK) — Authorities finally caught up with a convicted sex trafficker who escaped from an Alabama prison this week after he spent over three days on the run.

Corey Davis, who was serving a life sentence, was captured at about 3:30 a.m. on Saturday, according to the Alabama Department of Corrections. He was taken into custody in Kentucky by U.S. Marshals. No further information was provided about his recapture.

Officers reported him missing from his cell after a security check around 8 p.m., the department said.

Davis was assigned to a work detail inside the prison, and other inmates and staff said they saw him earlier in the day. The department is investigating how he managed to break out.

"Agents from the ADOC Investigations and Intelligence Division are at the prison investigating the circumstances that led to the escape," the department said in a statement. "The details of how Davis escaped are pending."

Davis, sentenced to life in 2017 after he was convicted of human trafficking, is considered dangerous and should not be approached, according to the statement.

Officials with the U.S. Marshals Fugitive Task Force are aiding in the search.

"The public should not approach Davis but should contact their local law enforcement or the Alabama Department of Corrections at 1-800-831-8825 with information that could lead to his recapture," the statement said.