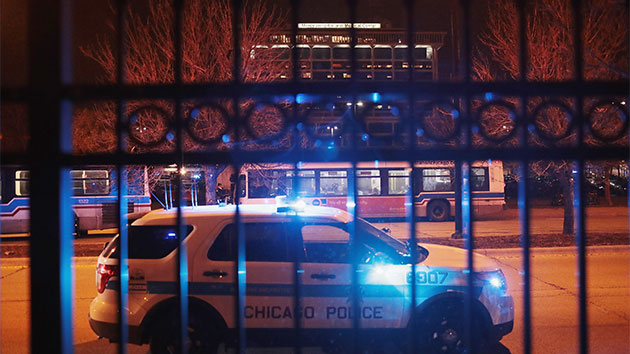 Police advocate group Chicago Code BLUE recently posted three videos to social media showing two men flashing guns and using threatening language when referring to a Chicago police officer driving in the car next to them while a woman sits in the passenger seat.

Investigators say they know the identities of the men and are looking to file charges and bring them into custody.

In one three-minute video, a man flashes the camera toward the marked police SUV, saying "I'm gonna kill him."

At one point, the man reveals a firearm on his waist band after saying several more times that he's going to kill the officer.

The threats continued in the two additional videos posted by the Facebook group. The videos have been viewed about 1.4 million times.

"If they look like they are going to do anything to me, I’m going to start shooting," the man says.

In a press conference Saturday, Chicago Police Superintendent Eddie Johnson told reporters the department immediately became aware of the videos and warned officers to be vigilant, adding that "tracking social media posts is largely what we do now."

"It’s very important for all of us standing here to track social media, because that’s how a lot of things get started," Johnson said.