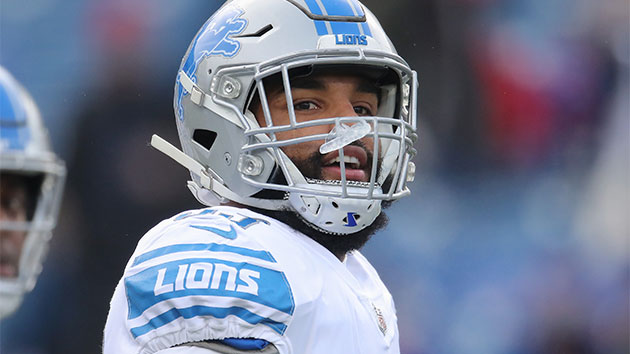 The 25-year old was brought to the 115th Precinct in the borough of Queens for processing, but refused to be fingerprinted and allegedly punched the officer who was trying to calm him down.

The officer was taken to a hospital and received three stitches. He was also diagnosed with a concussion.

He is facing a felony charge of assaulting a police officer as well as resisting arrest and theft of service.

"We are aware of the arrest of Trevor Bates earlier today in New York," Lions general manager Bob Quinn said in a statement. "We have not spoken to Trevor as of yet and are still in the process of gathering more information. The Detroit Lions will have no further comment at this time."

Bates appeared in nine games in his first season with the Lions and made three tackles.