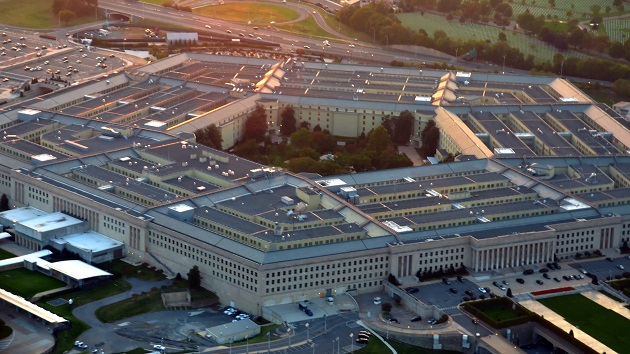 iStock/icholakov(WASHINGTON) — The Department of Defense has a reputation for spending extravagantly on big-budget programs, but an ongoing effort to cut costs and increase efficiency has led to $4.7 billion saved over the last two years.
The efforts are being led by Lisa Hershman, the department's acting chief management officer (CMO) and its third-highest ranking civilian official, who told ABC News in an exclusive interview that she's encouraged by the progress but knows more hard work lies ahead.
“Reform doesn't happen overnight," she said, particularly at a government agency whose annual budget would make it the 19th largest economy in the world if it was a country.
Hershman started out in the deputy role last year, but stepped in as acting CMO after former Defense Secretary James Mattis effectively fired her predecessor in September, reportedly for a "lack of performance."
Now the two-time former CEO is using her business experience to continue to create cost savings and improve man hours through an effort that is little-known outside of the nation's capital.
The Pentagon’s effort to streamline its business practices and programs began in 2017. Hershman told ABC News that through the fiscal year 2018, it has resulted in $4.7 billion in savings, a number higher than previous estimates.
Hershman said this year’s effort is already “tracking” toward the goal of $6 billion in planned savings for this fiscal year.
The CMO’s effort has been helped by the Pentagon’s first-ever audit, which identified areas that might need financial reform and have helped Hershman's office validate ongoing savings efforts.
While last year’s savings came from a review of more than 114 projects, this year, Hershman's office is focusing on creating efficiencies in key areas like information technologies, health care, the military’s industrial supply chain, contract management and acquisitions.
“We want to create a culture of thinking in terms of improvement in modernization and creating value,” said Hershman. It’s not as if those are the only four, we encourage folks to look within their own organizations and find areas where they can improve.”
Hershman is encouraged by how some of the changes are resonating with DOD's workforce — approximately 26,000 of whom work in the Pentagon in northern Virginia each day. She has noticed a greater openness toward procedures that exist in private industry that can help improve processes that she acknowledged were “broken."
“They want it to be better,” she said, adding that "people fundamentally want to be heard."
Some agencies are even stepping forward proactively, asking the CMO to review their practices ahead of schedule and presenting new ideas.
Some of the cost savings result from redundancies across the military services, from objects as basic as wooden two-by-fours.
Across the department, there were 22 separate contracts for the purchase of two-by-fours, many by the same supplier. By reducing the number of those contracts to two, Hershman estimates DOD will save $18 million per year.
But it's not just about cost savings.
"In addition to cost — because I don't want to say it isn't important because it's very important, affordability — but performance and how are we going to deliver to our customers," Hershman said. "That's internal, that's external to the war-fighter. How do we support the mission? So those are the types of metrics in addition to cost that we're looking at."
One area of improved efficiency has been freeing up DOD employees from tedious tasks, like booking travel.
In January, the department began to phase in a new prototype to replace the cumbersome Defense Travel Service, used by all military personnel and DOD civilians.
Planning for a trip required personnel adhering to 1,200 pages of requirements and cost the DOD 17 million man-hours. The new system has cut the manual down to 10 pages and is estimated to free up between five and seven million man hours every year.
What are some of the things that the Pentagon has done right?
Hershman said she’s been struck by how all DOD employees at the Pentagon know that the warfighter is their most important customer.
“I could randomly pick any person and ask them who the customer is and I’d get the same answer,” said Hershman. “That blew my mind.”
She noted that, for some private-sector corporations, knowing their target audience can require a lot of effort and focus groups that ultimately may miss their mark, but that’s not the case at the Pentagon.
"To have that level of clarity and alignment is stunning to me," Hershman said, adding that the department also remains laser-focused on the National Defense Strategy announced last January — the third pillar of which is greater performance and affordability across DOD.
Asked if she would like to one day be nominated to the position she’s currently filling on an acting basis Hershman responded, “I serve at the pleasure" of the president.
She added that serving on an acting basis “doesn’t change my focus and my mission.”
Copyright © 2019, ABC Radio. All rights reserved.