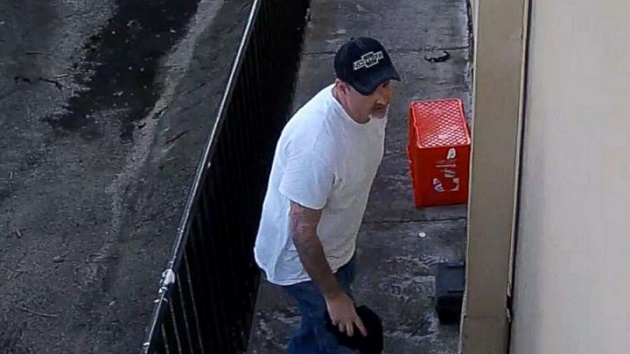 FBI(FRUITA, Colorado) — The FBI has arrested a man who allegedly robbed seven banks in six different states in less than a month.
According to a tweet from FBI Louisville, 49-year-old Jason Lee Robinson of Pikeville, Kentucky, was arrested Thursday without incident in Fruita, Colorado. Robinson was nicknamed the “Traveling Bandit” during the search.
Robinson’s string of robberies began Dec. 28, 2018, at Capital Bank in Aventura, Florida. According to an affidavit, Robinson took approximately $1,900 from the bank after giving the teller a note demanding the money and indicating he had a weapon. Robinson then took the money and note and left the bank, the affidavit said.
The FBI said that between Jan. 2 and Jan. 17, Robinson allegedly committed six more robberies at banks in North Carolina, Tennessee, Alabama, Illinois and Utah. The FBI’s wanted poster for Robinson said he usually gave a note when committing the robberies.
According to the affidavit, officials reviewed surveillance video from nearby locations before and after the robbery in Florida, leading investigators to recover a sweatshirt that Robinson had worn. Investigators also spoke with a teller of a different bank Robinson was seen entering before the robbery. Robinson had a “country accent,” according to the teller, and was told by Robinson that he was from Kentucky.
The affidavit said the FBI linked the robberies together after determining the suspect had the same physical appearance and Robinson was seen as a possible match “after law enforcement reviewed recent federal prison inmate releases of males similar in description to the robbery suspect.” The affidavit also said the suspect in the video surveillance images resembled Robinson based on photographs of him as well as tattoos that were visible on his arms.
Robinson’s probation officer said images she was shown from a robbery in Illinois on Jan. 14 appeared to look like him but she was not 100 percent sure, according to the affidavit. Robinson’s family also described the vehicle he was driving, which the affidavit said matched the getaway vehicle seen in surveillance video, and a woman identifying herself as Robinson’s ex-wife called the FBI tip line after seeing the photograph in the FBI news release about him.
The affidavit said Robinson had been convicted in 2009 on various charges in the Eastern District of Kentucky. It also said that according to U.S. Bureau of Prison records, Robinson was on supervised release as of November 2018 and was supposed to be restricted from leaving the state of Kentucky.
Robinson is currently being held in the Mesa County Detention Facility. He was charged in the criminal complaint with bank robbery for the Dec. 28 robbery. It was unclear if he had a lawyer.
The FBI said no one was injured in any of the incidents.
Copyright © 2019, ABC Radio. All rights reserved.