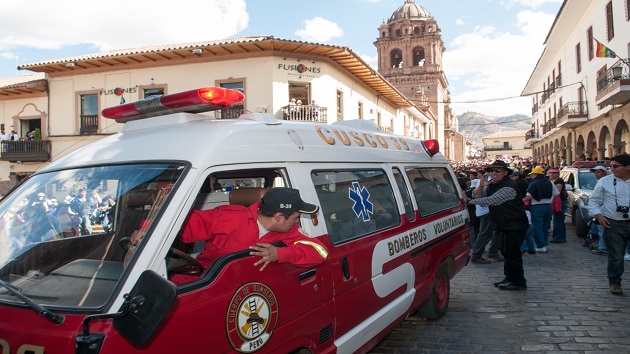 iStock/LSP1982(MINAS GERAIS, Brazil) — At least 11 people are dead and up to 300 people have been reported missing after an apparent dam collapse in Brazil on Friday.
At least 266 Vale mining company employees are among the missing, a spokesperson for the southeastern state of Minas Gerais said.
A spokesperson for Minas Gerais state’s Civil Defense said 189 people have been rescued so far.
Vale, the company that operates the dame, is the country's largest mining company, according to The Associated Press.
"Part of the Vila Ferteco community has also been affected," the mining company said in a statement. "Rescue and care of the wounded is being carried out on site by the Fire Department and Civil Defense. There is still no confirmation as to the cause of the accident.
"The top priority of the company right now is to support the rescue efforts and to help preserve and protect the lives of direct employees, third-party employees and local communities," the statement added.
Nineteen people were killed when the village of Bento Rodrigues, also in Minas Gerais, was destroyed when a dam owned by Samarco, a joint venture by Vale and another Brazilian company, collapsed in November 2015. In the wake of that collapse, Samarco has provided $4.4 billion in compensation to the region over the past three years, according to Vale's annual report.